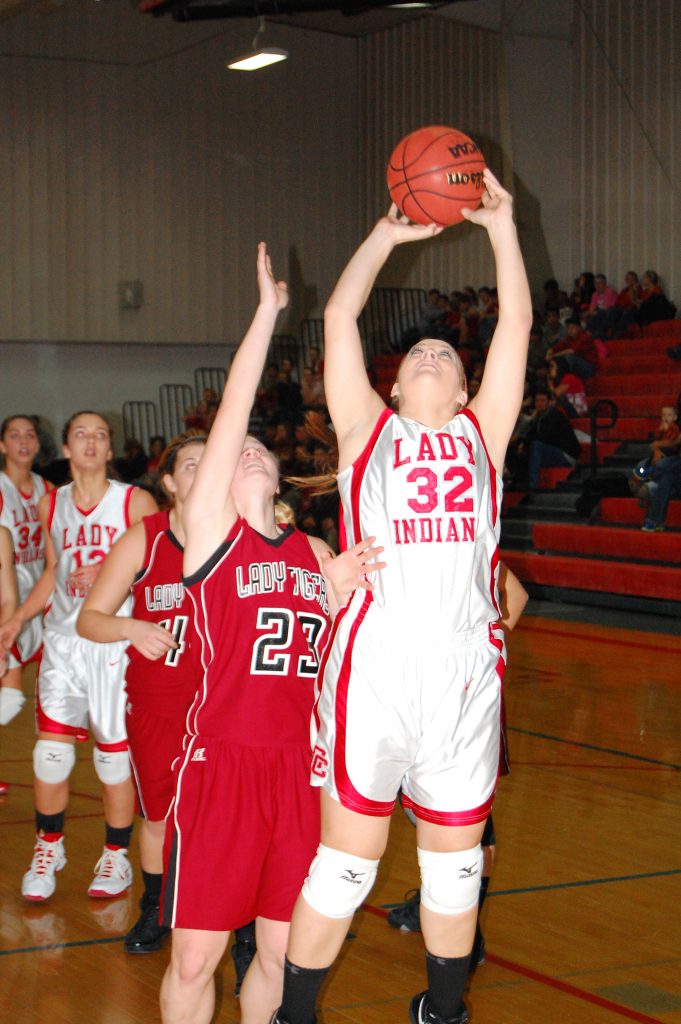 The Clark County Lady Indians jumped out to a 21-5 lead over Canton in the first quarter of their home opener on Friday, December 10, and never looked back. Six Lady Indians scored in the first quarter, while eleven would score during the game. Canton’s only field goal of the first period came as they hit a three pointer at the buzzer.
With mostly reserve players on the court in the second quarter, Clark County maintained a solid lead, going into the halftime break with a 32-14 edge. Clark County would go on to a 57-37 win over the Lady Tigers.
Chelsea Edmondson led the scoring with 10, Kailey Roberts had nine points, and Tara Harrison had eight. Leighanne Moulder scored seven points, and Jorden Plenge put is six. Megan Brennan and Katie Simpson had four points each, and Hannah Trump had single three-pointer. Jenna Huston, Lindsey Williams and Cassandra Ellison each scored two points.