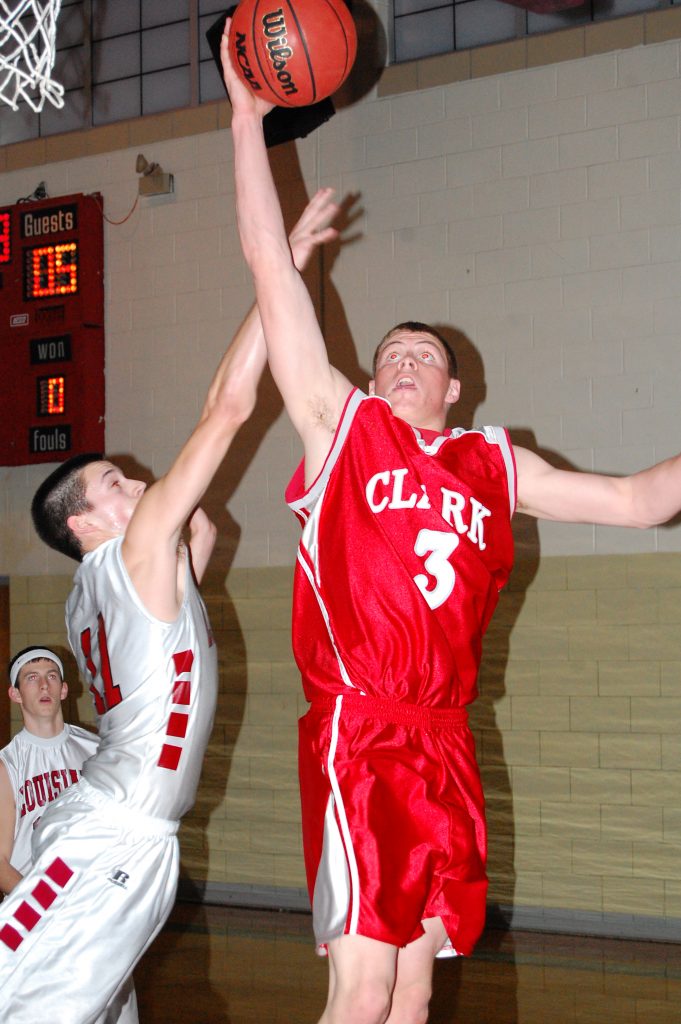 The Clark County basketball squads faced a long road trip to Louisiana, Missouri, for a Clarence Cannon Conference matchup.
The Lady Indians started the game slowly, scoring only five point in the first quarter, while giving up 16. The second quarter was all Clark County as the Indians went on an 18-0 run thru the quarter. The Lady Bulldogs finally got a bucket late in the quarter, but the Lady Indians took a 23-18 lead into the half.
Neither team shot well in the third quarter, as each side put only four points on the board. After three quarters, Clark County led 27-22.
Louisiana came alive again in the final quarter, outscoring the Lady Indians 21-8 down the stretch to win the contest 43-35.
In boys action, Justin Alderton had the hot hand early, scoring eight points in the first quarter and 15 in the first half, but it wasn’t enough to tame the Bulldogs. After one quarter, Clark County trailed 14-12, and 25-21 at the half.
Louisiana buried the Indians in the second half, mostly on outside shooting, scoring 19 in the third quarter and 18 more in the final eight minutes to go on to a 58-45 win.
Justin Alderton led the Indians with 17 points. Ryan Whiston and Jeremy Logsdon each had eight points. Kyle Kovar had four, and Seth Williams, Jayvin Ray and Luke Ross had two points each.
The Indians compete in the Palmyra Tournament this week.