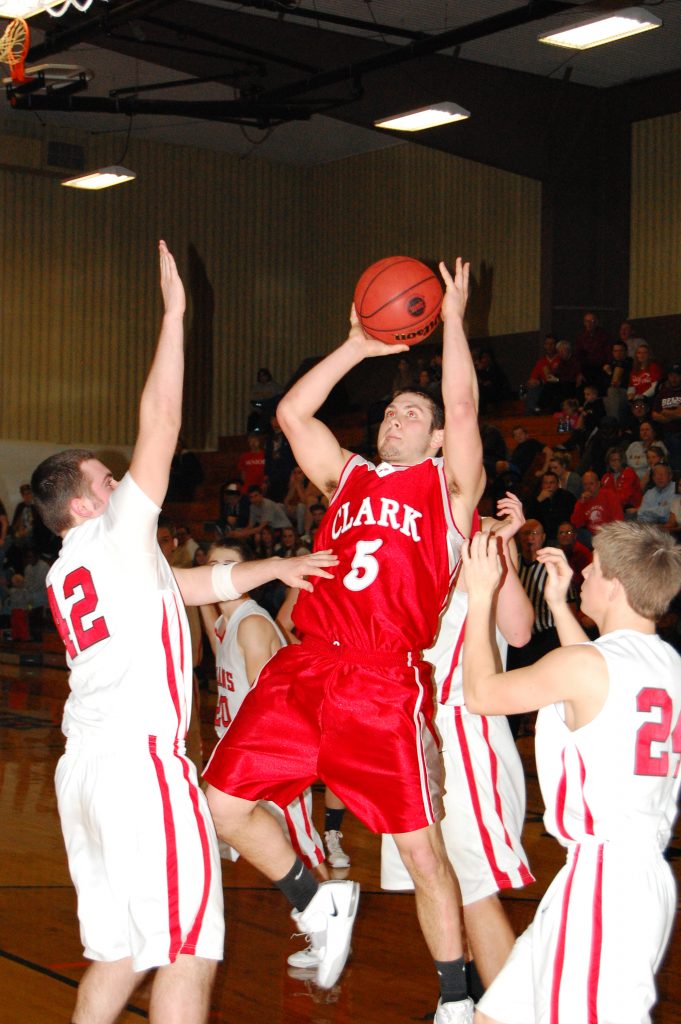 In what might have been their best played game of the season, the Clark County Indians ended their 2010-11 basketball season with a loss in the district tournament to the Ellsberry Indians.
Clark County shocked Ellsberry and their fans by jumping out to a 5-0 lead early, as the Big Red used their speed to overcome Ellsberry’s height advantage to take a 12-8 first quarter lead.
Ellsberry gathered some momentum in the second quarter, taking a 28-24 lead into the halftime.
Clark County scored the first four points of the third period to tie the game. ?The Indians kept it very close through the third period, and Ryan Whiston hit a long three pointer to tie the game at 41 after three quarters.
Ellsberry’s size helped them late, but the Indians kept close, trailing by only two point with two minutes remaining, but Ellsberry made its free throws late to take a 63-54 win.
All three Indian senior finished in double digits, a tribute to their success. Jeremy Logsdon led the Indians with 15 points, with Ryan Whiston and Justin Alderton both scoring 14. Kyle Kovar had four, and Jayvin Ray and Tommy Dever each had two points.
The Indians will say goodbye to seniors Justin Alderton, Ryan Whiston, and Jeremy Logsdon.