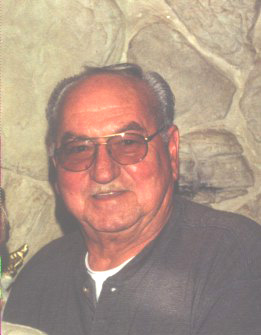 Delbert D. Huckey, age 75, of Kahoka, died Sunday, March 13, 2011, at the
scene of a one-vehicle automobile accident west of Kahoka.

Delbert graduated from Gorin High School and served in the U. S. Navy
Reserves.

He co-owned the former D& D Service Station and Body Shop in Kahoka and
later operated the Kahoka Body Shop for 42 years. He was an active member of St.
Paul United Church of Christ in Kahoka and former president of the consistory.
He was a charter member of the Clark Co. Loyal Order of the Moose Lodge # 1432
and was instrumental in the building of its’ current facility. He was also a 50+
year member of St. Francisville Masonic Lodge # 588, A.F. & A.M. and had
served on a degree team at one time. He was proud to have seen two of his
grandsons follow in his footsteps by joining the fraternity.

He loved being outside and was anxious to start mowing. He put in a big
garden so he’d have enough to share with others and it gave him a good feeling
to be able to do so. He enjoyed fishing, gardening, camping, and his past hobby
of farming and caring for cattle. He would go out to Dennis and Michelle’s just
to watch them “hay” and relished the outdoor time. At Christmas, Delbert was the
Clark Griswold of Clark County and many drove for miles to see the Christmas
decorations that he spent hours creating and putting up.

Delbert always had his grill ready to cook for some event or other, never for
a profit.

He was an expert griller and loved being able to help someone out. It didn’t
matter who you were or whether you were in his blood line, but you were family
to Delbert and he was Grandpa to so many. He loved sports events, especially
football. Countless “Friday Night Lights” were spent at his shop following his
grandkids’ sporting events which he started in 2002 and continued to this day.
You were expected to reach into the popcorn and chex mix bowls which were never
empty. He loved to entertain and people loved to be around Delbert. By far, his
greatest joy came from the unique close relationship he had with his children
and grandchildren.

United Church of Christ in Kahoka with Rev. Kenneth Beckmann officiating and
Mrs. Michelle Allen, eulogist. Mrs. Ida Ross was organist and Mr. H L Plenge,
vocalist. Special music was “I Believe” and “I Can Only Imagine” with
congregational hymn, “Amazing Grace”.

Visitation wa she at Wilson Funeral Home after 9 a.m. Wednesday at Wilson
Funeral Home. A public Masonic Service was held at 5 p.m. followed by family
receiving friends until 8 p.m. at which time a Loyal Order of the Moose Memorial
Service was held.