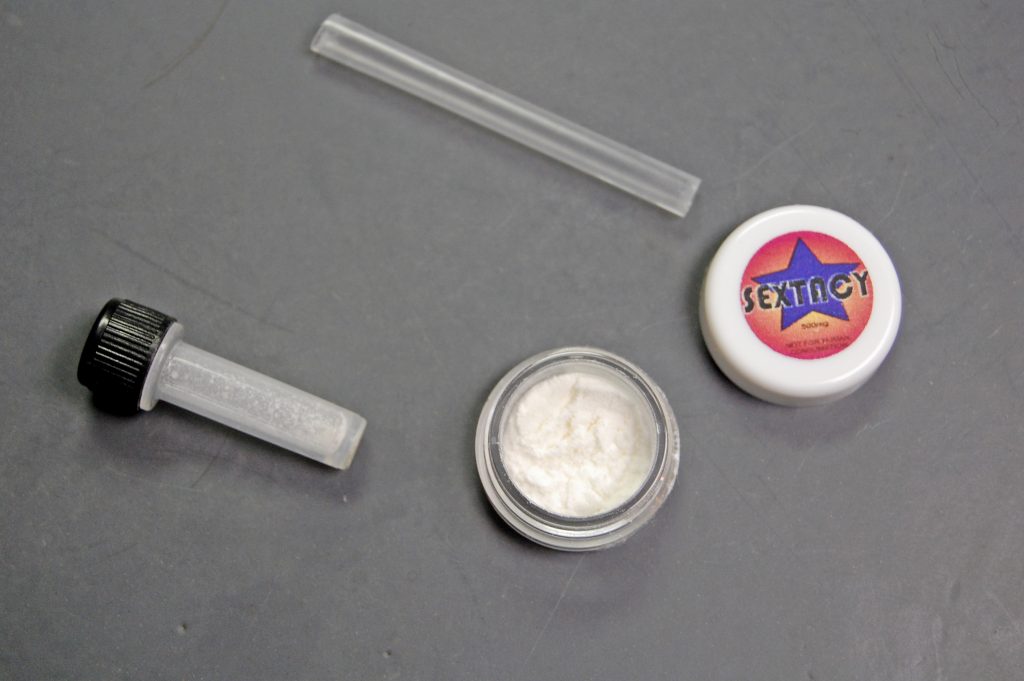 A new drug craze has turned up in Clark County, and it sounds goes by an innocent-sounding name: bath salts.
“These are not the kind of thing you put into the tub,” said Clark County Sheriff’s Department Captain Robert Becker.
“These are designer drugs, being sold as bath salts to look legitimate. We’re finding that people using meth or cocaine are using they think they are a legal alternative, and because they are easier to obtain.”
Sold online and in some stores under names such as White Girl Bath Powder, White Rush, Bliss or Sextacy, drug users snort the powder in the same way they would snort cocaine. Packets containing 240 mg to 1000 mg cost between $40-$100 dollars.
Becker displayed two samples currently in evidence at the Clark County Sheriff’s Department. ?The first was a small glass vial, given to Becker by an informant. It tested positive for cocaine. The other container’s contents tested positive for methamphetamine.
The drugs produce hallucinations, rapid heart rates, severe panic attacks, seizures and psychosis.
“They have many of the same reactions as meth or cocaine, but they can be more severe. One guy in Hannibal tried to jump off a building,’ Becker said. “People have actually killed themselves using it.”
Currently, Missouri has no laws controlling these “bath salts”, but a bill is expected to be signed by Missouri Governor Jay Nixon banning the substances.
“Right now, we can charge for possession if it tests positive for any controlled substance,” Becker said.
“It’s the new rage right now,” Becker said. “Fortunately, we’re finding it mostly on adults who use meth or cocaine. I haven’t pulled any off anyone under 18.”