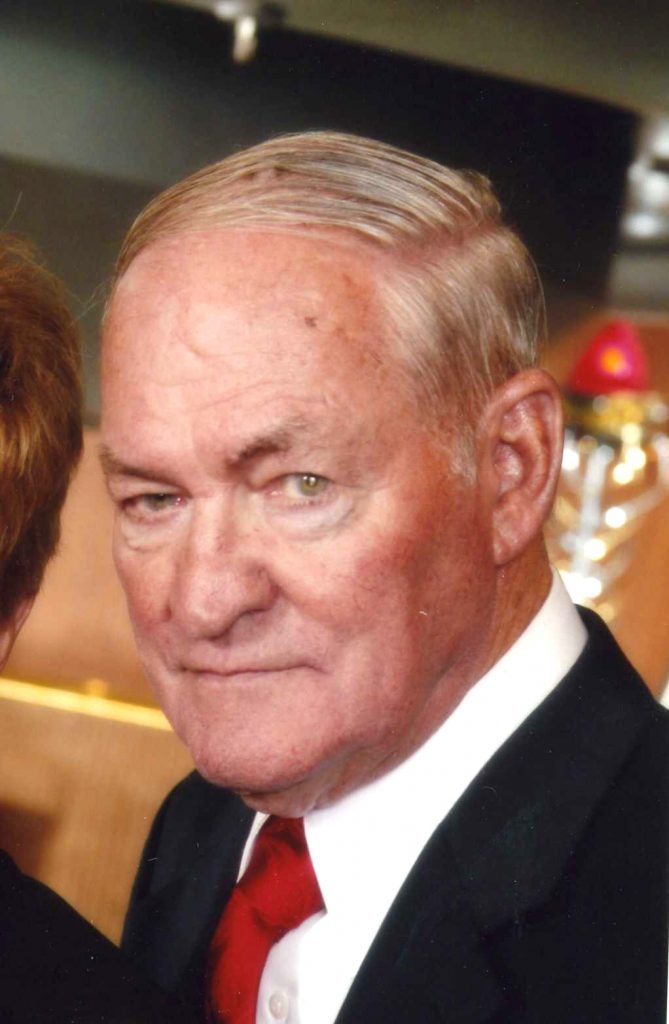 Kenneth R. McNew, 75, of Kahoka, Missouri, formerly of Keokuk, died at 6:40 AM Saturday, September 17, 2011, at St. Louis University Hospital in St. Louis, Missouri.
Kenneth was born February 23, 1936, in Jefferson City, Missouri, the son of Lloyd and Helen Wolken McNew. Ken Graduated from St. Peters High School in Jefferson City, Missouri and attended the University of Missouri and Washington University in St. Louis. He served in the United States Army during the Korean War time and was in radio communications. He was honorably discharged in 1962. He married Linda Sue Martin on August 18, 1975 in Anacoco, Louisiana. She survives. He had lived in the Lake of the Ozarks before moving to Keokuk in 1961. He and Sue moved to Kahoka in 1999.
Ken was the owner of KR McNew Heating & Air Conditioning for many years. He was the founder of MMC Enterprises of Keokuk. In 1975 he accomplished his dream of establishing, owning, and operating Keokuk Prototype Foundry, Inc. (KPF Steel Foundry), a short run steel casting business. A pattern shop and CNC machining operation was added in 1991. As the business expanded, it was relocated in Kahoka, Missouri, in 1998.
Ken was a member of the Catholic Church, the BPO Elks Lodge #106, Knights of Columbus, and Burnt Store Marina and Country Club in Punta Gorda, Florida. Ken was a licensed pilot and enjoyed flying his own plane for many years and was a supporter of Wings over the World. He enjoyed boating, fishing, and golfing. He was an avid reader of history and enjoyed traveling, especially the many trips taken in their motor home with a very special group of friends and family. Ken and Sue wintered in Punta Gorda, Florida, where they owned a home in Burnt Store Marina. He enjoyed having their friends and family visit them there. He was an especially kind person volunteering his time and resources to help others. His family was very important to him and he enjoyed spending time with his kids and grandkids.
He is survived by his wife Sue of Kahoka; five children: Neil NcNew of Keizer, OR, Monica Pierce and her partner Rob Blindt of West Point, IA, Glen McNew and his wife Jana of Kahoka, MO, Angie Alger and her fiancé Mike Gretzinger of Mascoutah, IL and Brooke Bender and her husband Kevin of Hamilton, IL; one brother: Lloyd McNew and his friend Neville of Centertown, MO; two sisters-in-law: Betty Malone and her husband Roy of Waskom, TX and Sandy Farrell and her husband Kenny of Shreveport, LA; eight grandchildren: Blake and Brant McNew of Omaha, NE, Sydney Pierce of Baton Rouge, LA, Wesley and Marcus Pierce of West Point, IA, Dylan Columbia of Kahoka, MO and Bailey and Hallie Mae Bender of Hamilton, IL; several nieces, nephews and cousins.
Ken was preceded in death by his parents and an infant daughter: Raeann.
Visitation will be Thursday, September 22, 2011, at DeJong-Greaves Celebration of Life Center at 1212 Concert Street Keokuk after 2:00 PM and the family will meet with friends from 5:00 to 9:00. Graveside service with full military rites will be at 11:00 AM Friday, September 23, 2011, at Keokuk National Cemetery with Rev. Martin Goetz officiating.
The family suggests memorials to Keokuk Elks Lodge, Knights of Columbus, or to the donor’s choice.
Online condolences may be entered at www.dejongsfuneralhome.com.