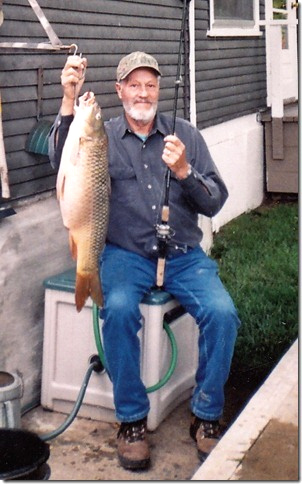 Allen was born September 1, 1931, at Revere to Russell and Marie Barker
Courtney.

Survivors include his wife, Virgie, of Kahoka, MO; one son, Kris Courtney and
his wife, Angie, of Kahoka, MO; two daughters, Debbie Farrell of Franklin, IA
and Dena Shaull and her husband, Chuck, of Iowa City, IA; three grandchildren,
Tim Farrell of Fort Madison, IA Brooke Livingstone and her husband, Ryan, of
Waterloo, IA, and Cole Courtney of Kahoka, MO; three step-grandchildren, Corey,
Zach and Emily McCutcheon all of Kahoka, MO; a brother, Donald Courtney and his
wife, JoAn, of St. Charles, MO; brothers-in-law and sister-in-law: Keith and
Elsie Young of Williamsburg, IA and Gale Walker of Revere, MO; as well as
nieces, nephews and other relatives.

He was preceded in death by his parents and a nephew, Mark Courtney.

Allen graduated from Kahoka High School in 1949. He farmed with his dad and for
7 years worked on construction of Lock and Dam # 19 at Keokuk. He was in the
Army Reserves for 8 years, spending a portion of that time in Cuba prior to
Castro. For over thirty years Allen was Probate Magistrate Court Clerk.

A true woodsman and outdoorsman, Allen could identify plants for herbal,
nutritional and even survival purposes. He knew all about the trees, loved to
observe eagles and song birds, raised bantam chickens and guineas at one time,
and would care for orphaned quail and other wildlife farmers might find in
their fields until they were able to be released into the wild. He was one of
the first bow-hunters in Clark County, before it even became popular and held
the record in 1966-68 for the largest buck in the State of Missouri before they
did documentation, and also for a non-typical buck. Because of his hunting
accomplishments, Allen was recognized as a Master Hunter in the State of
Missouri. He was an avid fisherman who knew the Mississippi and Des Moines
rivers like the back of his hand. He was consulted many times as to currents
and other information relating to both rivers. He donated fish used for
benefits in Clark County as well as providing fish to family and friends. He
enjoyed collecting rocks and polishing and designing them into jewelry.

Allen was a member of the First Baptist Church in Wayland. He was a former
Scoutmaster and Little League Baseball Coach. He loved baseball and football
and was a huge St. Louis Cardinals fan and Missouri Tigers fan.

Visitation was held at Wilson Funeral Home after noon on Wednesday with
family receiving friends from 6-8 p.m.

Memorials were suggested to the Clark Co. Local Cancer Fund or to the family to
be used for local park preservation.