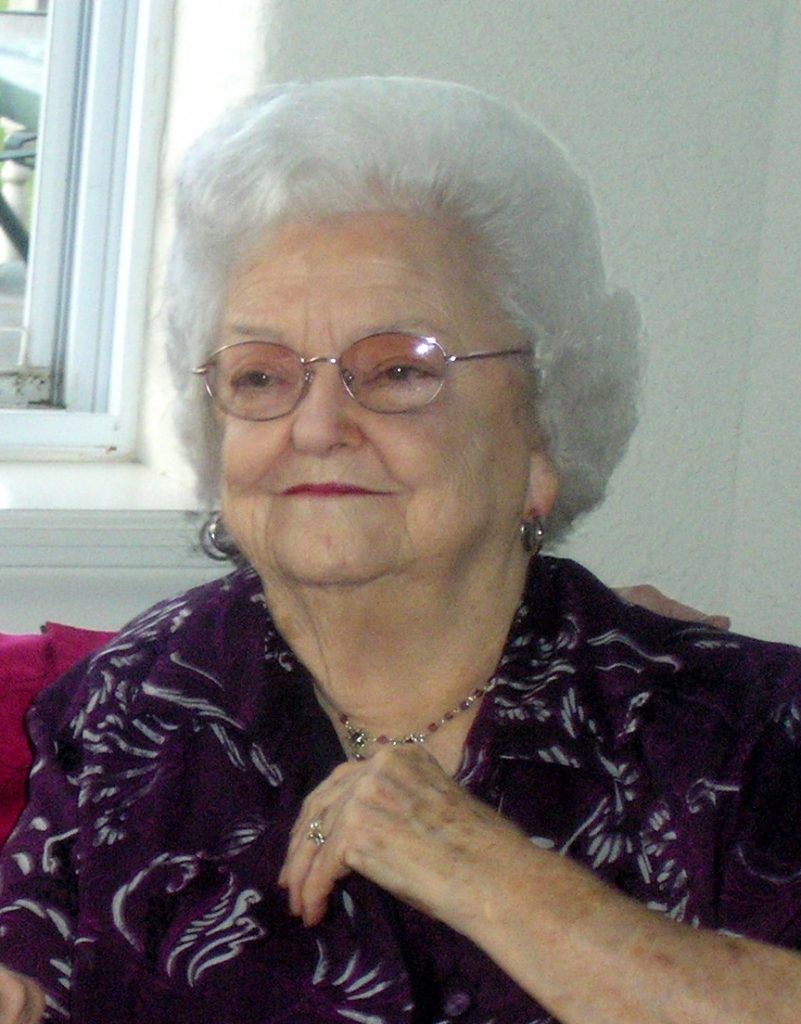 Carmelita was born on April 18, 1919 in Adair, Missouri, the daughter of Thomas William and Margaret Josephine (Nooning) Moore. She was a graduate of Baring High School with the class of 1937.

For most of their married life, they resided on their farm west of Baring, MO. In 1969 they moved to Kirksville, Missouri where they rented rooms in their home to college girls for several years. Carmelita also worked for the Professional Style Shop and Kelly’s Furniture Store for several years. She was a member of the Altar and Rosary Society at both Saint Aloysius Church in Baring and Mary Immaculate Church in Kirksville. She was also a member of the Democratic Committee of Knox County for many years.

She was preceded in death by her husband Dale, her parents William and Margaret, one sister, Mary Rose McGonigle and three brothers, Francis, Norbert and Robert Moore, four brothers and sisters-in-law, Alva and Alta Slocum, John and Flossie Dye, Cordie and Dorothy Slocum and Clyde and Maude Waite, and eight nieces and nephews.

Much of her life was spent sharing her home by helping raise many nieces and nephews, as well as caring for her father-in-law and then her mother.

Mass of Christian Burial was Saturday, March 17th at 10:00 am at Mary Immaculate Catholic Church in Kirksville, MO with Father Chris Cordes presiding. Music was provided by Nicole and Todd Krueger and Jim, Kyle and Laura Clark. Rosary was at 7:30 pm at the funeral chapel. Burial was at Park View Memorial Gardens.

In lieu of flowers, memorials may be made to Mary Immaculate Catholic Church or Hospice of Northeast Missouri. Memorials made to left at or mailed to Davis-Playle-Hudson-Rimer Funeral Home, 2100 E. Shepherd Ave., Kirksville, MO 63501.