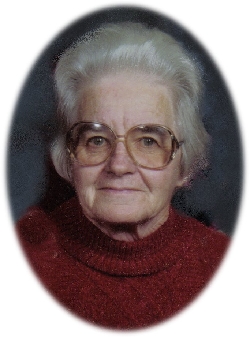 Bonnie was born on May 27, 1934, in Baring, Missouri, the daughter of James Harley and Nellie Marie Kiesow Dailing.

She attended Dailing Rural School near Baring, Missouri, and Baring Elementary and High Schools before graduating from the Edina High School in the Class of 1951.

After their marriage they moved to the farm near Knox City, Missouri where they made their home. She loved the farm and enjoyed gardening; her flowers, sports and was an avid St. Louis Cardinal Fan.

An expression of sympathy in memory of Bonnie Hettinger may be left to the Alzheimer’s Association or the Knox City Cemetery Association. A memorial may be left at or mailed to the Doss Funeral Home 208 N. 4th Street, Edina, Missouri.