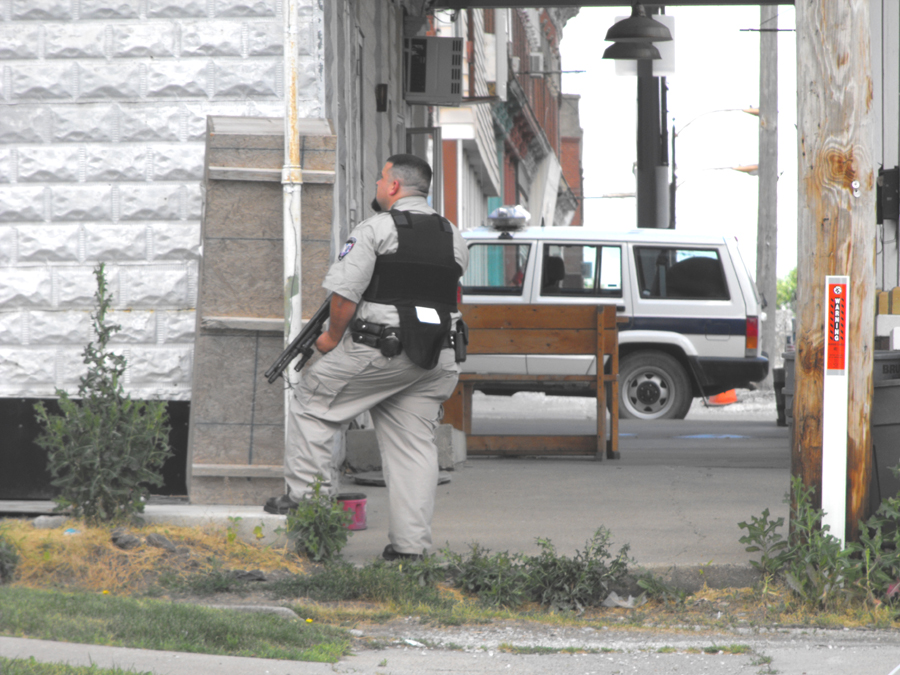 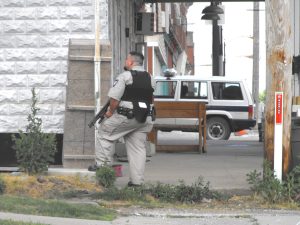 An arrest warrant had been issued for Hap Howland, 38, of Edina after Knox County Associate Judge William Alberty revoked his bond on Friday, June 1, 2012. Howland is charged with Domestic Assault in the Second Degree, a Class C Felony, and Burglary in the First Degree, a Class B Felony stemming from an incident at his home in Edina on May 3, 2012, which ended in a standoff with police.

(About the May 3rd incident) “The victim went to the hospital for injuries she allegedly received from Howland earlier that day. I picked her up from the hospital and I returned her to the house. For her safety I went inside to check the residence to make sure he hadn’t returned. It was during that search I discovered Howland hiding inside. I got her safely out and that’s when the standoff began,” said Knox County Sheriff Mike Kite.

According to past reports, after Howland barricaded himself inside his Edina home May 3, 2012 a standoff ensued between Howland and members of the Edina Police Department, Knox County Sheriff’s Office and Missouri State Highway Patrol. Edina Police Sergeant Kelly Hayes successfully and peacefully talked Howland out of his residence.

Howland was being held at the Adair County Jail since being taken into custody in Edina until he was released on his own recognizance Thursday, May 31, 2012.

According to the Assistant Knox County Prosecutor, Jo Fortney, the same day Howland was released the vehicle he was riding in was involved in an accident near Brashear.

“There was an accident and (Howland) ran from the scene but he was determined to be a passenger so there was not any charges filed on him,” said a representative of the Adair County Sheriff’s Office.

According to Sheriff Kite, Daniel Roux of Edina, was also a passenger of the vehicle and also fled the scene. Sheriff Kite reported that Roux was later found and ticketed for being in possession of drug paraphernalia and for huffing a chemical substance in Adair County.

According to a MSHP Arrest Report Kirsten N. Hansen, 31, of Edina was arrested and charged with Driving While Intoxicated Drugs/Alcohol and No Insurance and placed on a 12 hour hold in the Adair County Jail at 5:15 p.m., Thursday, May 31, 2012, which was just a few hours after her passenger, Howland, was released from the same jail.

According to Fortney, Howland’s bond was revoked after it was determined he ran from the scene of the accident in Brashear in which Hansen was arrested.

After Howland’s bond was revoked Friday morning, Fortney, filed three more charges against Howland stemming from the original May 3rd incident. The new charges include one Class C Felony count of Stealing, one Class D Felony count of Resisting

Arrest and one Class B Misdemeanor count of Property Damage.

According to Knox County Sheriff’s Deputy David Fagin, he received a tip from a citizen late Friday afternoon informing him Howland was seen in Memphis. The tipster was able to give a description of the vehicle and the license plate number.

The Scotland County Sheriff’s Office was notified and was able to take Howland into custody in Downing after he led officers on a high-speed pursuit. He was then transported by Deputy Fagin back to the Adair County Jail where he is being held on a $25,000 cash only bond.

According to Deputy Fagin the Edina Police Department and the Knox County Sheriff’s Office dedicated over 28 man-hours to this case over two days, Thursday and Friday, May 31 and June 1, 2012.

“This was not a run of the mill case. He has a long history of violence,” said Deputy Fagin. “After devoting that much time and effort into one case we were glad to get him apprehended.”

A criminal charge is merely an accusation. In the American judicial system defendants are presumed innocent until proven guilty.