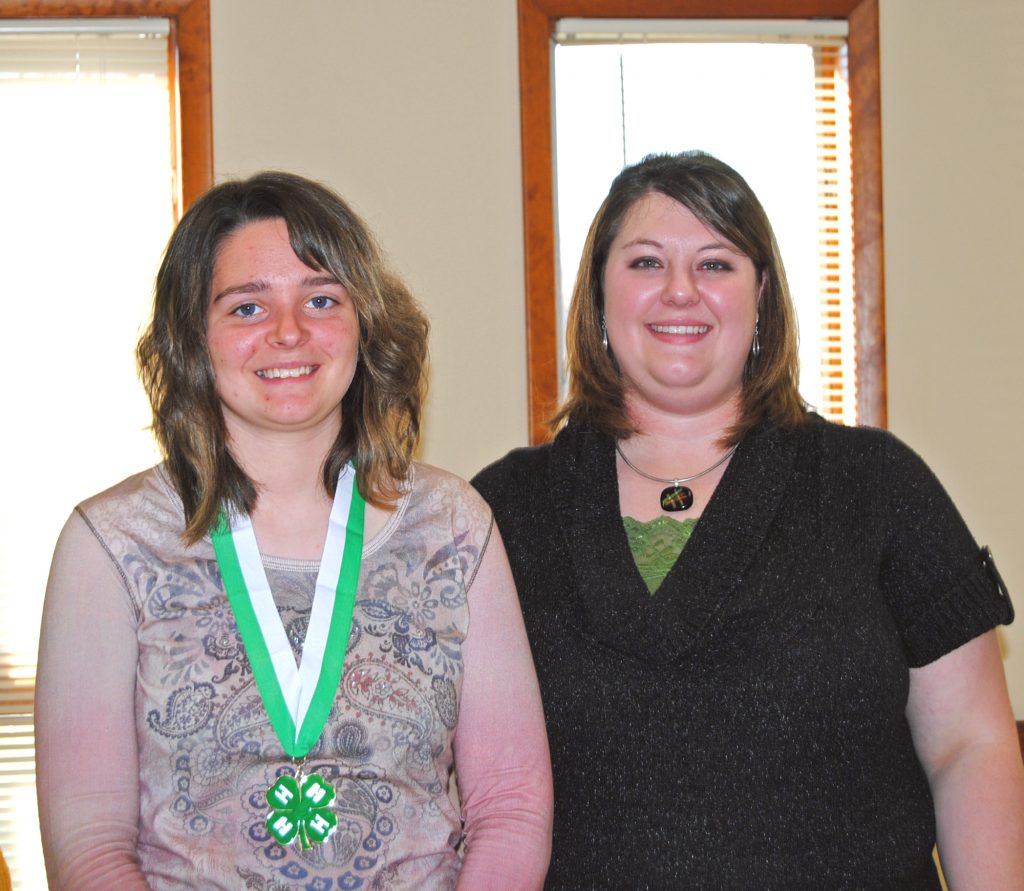 On October 28th, 4-Hers from across Clark County joined together at the Kahoka Christian Church to celebrate their achievements over the last year. 4-H Recognition was hosted by the Ashton Cloverleaf   4-H Club. Beverly Hasner was recognized as the Clark County nominee to the 4-H Hall of Fame for 2012. Ed and Tammy Riney were presented with the Frank Graham Leadership Award for their contributions to the youth of Clark County. Club members were acknowledged for completing the 4-H Year, which requires members to attend a minimum of six club meetings during the year and submit an Achievement Form discussing what they did this year, what they learned and why what they did mattered. Clubs were presented with Club Seals and Community Service Seals for their Club’s achievements during the 2011-2012 4-H Year.

The Hustle Award is presented to one boy and one girl who have been a 4-H member for less than five years and are nominated by their club as members who put forth 110% effort. This year’s Hustle Award recipients were Julianna Riney and Aaron Day. The Anna Mae Shaffer Citizenship Award recognizes  two 4-h members who are at least 12 years of age and have demonstrated their citizenship and leadership skills in 4-H. This year’s recipients of the Anna Mae Shaffer Citizenship award were Kylie Selway and Emily McAfee.

Emily McAfee was awarded a cookbook sponsored by FCE for exhibiting excellence in the area of foods during the 2012 Clark County Fair. Emily was also awarded the I Dare You Award. The I Dare you award is presented in cooperation with the American Youth Foundation to recognize youth 15-18 years of age who exhibit outstanding leadership skills.

The Fox River Clovers 4-H Club was named Club of the Year for 2012. This award is based upon involvement in Council meetings, fundraisers, the Clark County Fair and Community Service projects, just to name a few. Following the presentations, finger foods were shared and 4-H Families visited. 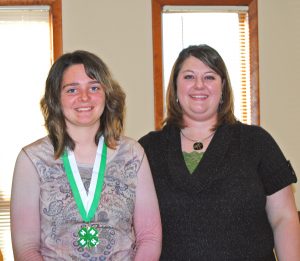 Outstanding 4-H Member--Emily McAfee was named Clark County’s Outstanding 4-H member at the Recognition Ceremony. Complete results will in next week’s edition of The Media.