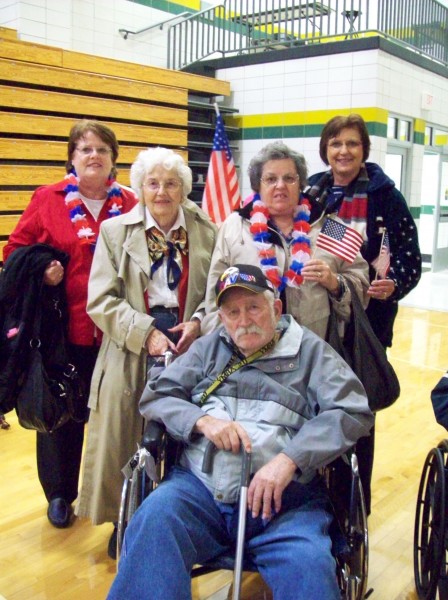 Two Korean War Veterans, Gerald Sharp and John Will Nicol, recently took a Great River Honor Flight. Both men are natives of Knox County and, like every other Honor Flight recipient this reporter has had the privilege to interview, say it was a trip of a lifetime. 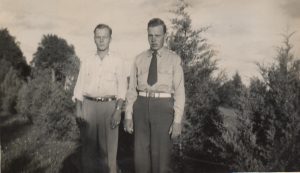 John Will Nicol, 79, of Knox City took a Great River Honor Flight on Thursday, October 25, 2012, with 33 other veterans, which was Great River’s 16th Mission.

Both men began their journeys to the war memorials of Washington, D.C., at 1:30 a.m. Sharp leaving from the Quality Inn Suites in Hannibal and Nicol leaving from John Wood Community College in Quincy. And like so many Honor Flights taken by America’s veterans the men were assigned “Guardians”, whose sole purpose was to provide assistance and ease to their journey. The Honor Flight Guardians are often friends or family members of the veterans they watch over.

Another local veteran, Mike Fox, went on both Honor Flights as a Guardian, escorting other veterans and lending a hand wherever needed.

“He lifted me on and off the bus every time we stopped,” said Nicol.

“It’s a small world,” said Fox. “When you get with this group you find out you know people.”

Their trips began with a bus ride from their prospective starting points to the St. Louis International Airport, where they were whisked through the airport’s often monotonous security checkpoints onto a flight headed to Baltimore, Maryland. All before sunrise.

Once in Baltimore, the men boarded a bus headed to D.C. destine for the many war memorials built in their honor. Like so many Honor Flight veterans before them, and the many more to come, they were given the opportunity to visit the Lincoln Memorial, the WWII, Korean, and Vietnam War Memorials, the Iwo Jima Memorial and Arlington National Cemetery. They visited the Tomb Of The Unknown and witnessed The Changing Of The Guard. All in one day.

Along the way supporters gathered at various stops to show support and express their appreciation.

“It was a full day,” said Sharp. “They had everything planned out down to the minute.” 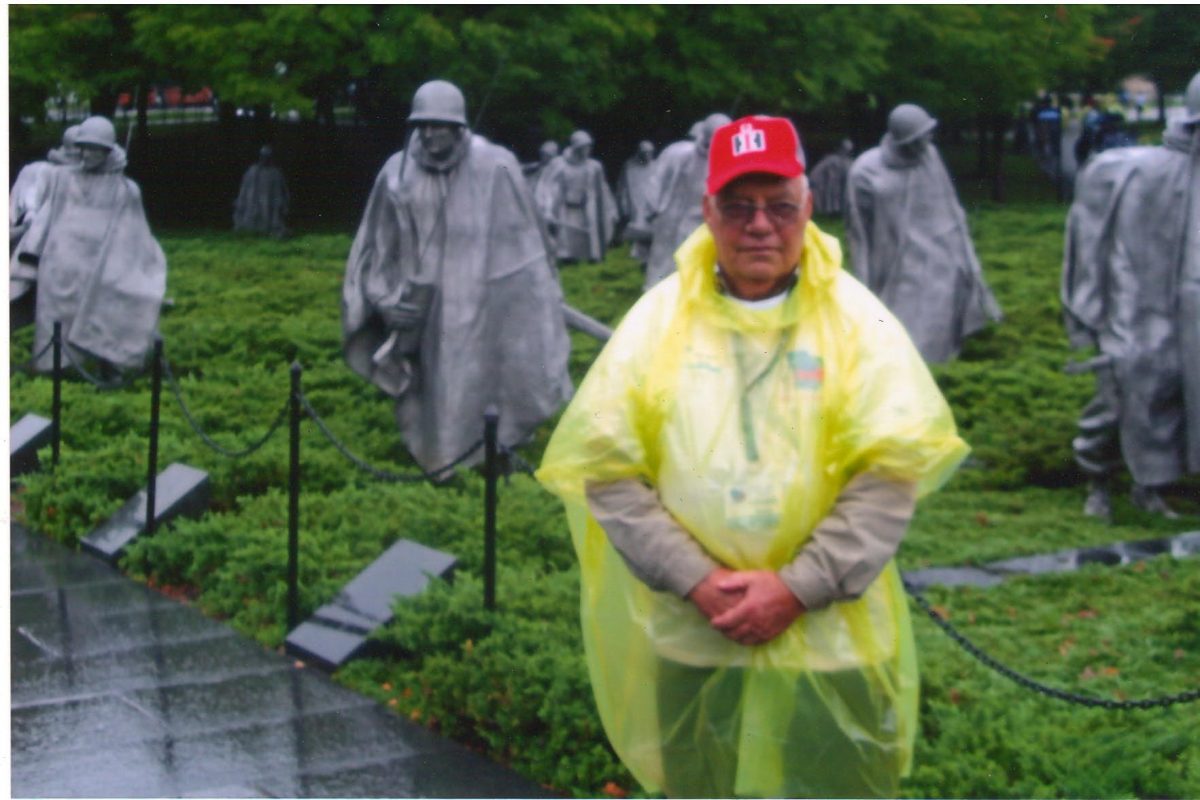 Sharp’s favorite stop on the trip was his visit to the Korean War Memorial and Nicol was partial to The Changing Of The Guard and the Tomb Of The Unknown. 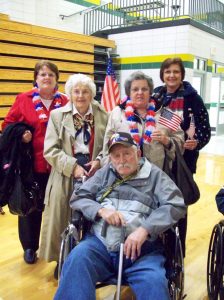 On the last leg of the trip, during their prospective bus rides home, a special “Mail Call” was given where they received letters from family and Hannibal students before being met by a large pack of motorcycles in Bowling Green and escorted the rest of the way to their original destinations and the large crowds gathered to give them a heroes welcome home.

Sharp attributes his participation in the Honor Flight program to another local veteran.

“Jack Reardon really helped me more than anybody. I really appreciate what he did for me,” said Sharp who pointed out he wouldn’t have gotten the chance to visit D.C. if it weren’t for the Great River Honor Flight. “I recommend every veteran to go if they get a chance.”

For Nicol, the task of getting him on the Honor Flight was a combined effort. His wife, Judy, heard about the program on the television station WGEM, got the ball rolling and recruited their son, Joe, to help convince him to go.

“If it hadn’t been for my son I wouldn’t have even tried to go,” said Nicol.

Gerald Sharp was, like many local young men of his era, following in his father’s footsteps and farming after graduating from high school. He was only 21 years old when he joined the service.

“I was in the Army. I was drafted in 1950 right after the Korean War broke out. I took my Basic (Training) in California and I was sent to Korea right after Basic. I was assigned to the 72nd Tank Battalion, Second Division. I was a Machine Gunner on a tank. We pretty much all got broken up that were drafted at the same time. We were all over. I was drafted before a lot of the Knox County boys and then we were all over Korea so there was no way we could keep in touch. Some of the guys I took Basic with never got to come home,” said Sharp who humbly proclaimed, “Those are real heroes.”

While in Korea Sharp’s company fought in the battle at Bloody Ridge and the battle at Heartbreak Ridge receiving two Bronze Stars for those battles.

“I was on the front lines for 270 days,” said Sharp. “Then they decided I better come home.”

The time he spent in combat qualified him for an early discharge and after a 90-day waiting period at Fort Hood in Texas he received his discharge date. In November of 1952 he came home to Knox County.

The same year he got reacquainted with a longtime friend at the local skating rink, Rebecca Sturguess. He married her the following year and farmed with his father until he was able to strike out on his own. The couple raised their four children, Barbara, Patricia, Jimmy and Debbie, in Knox County. 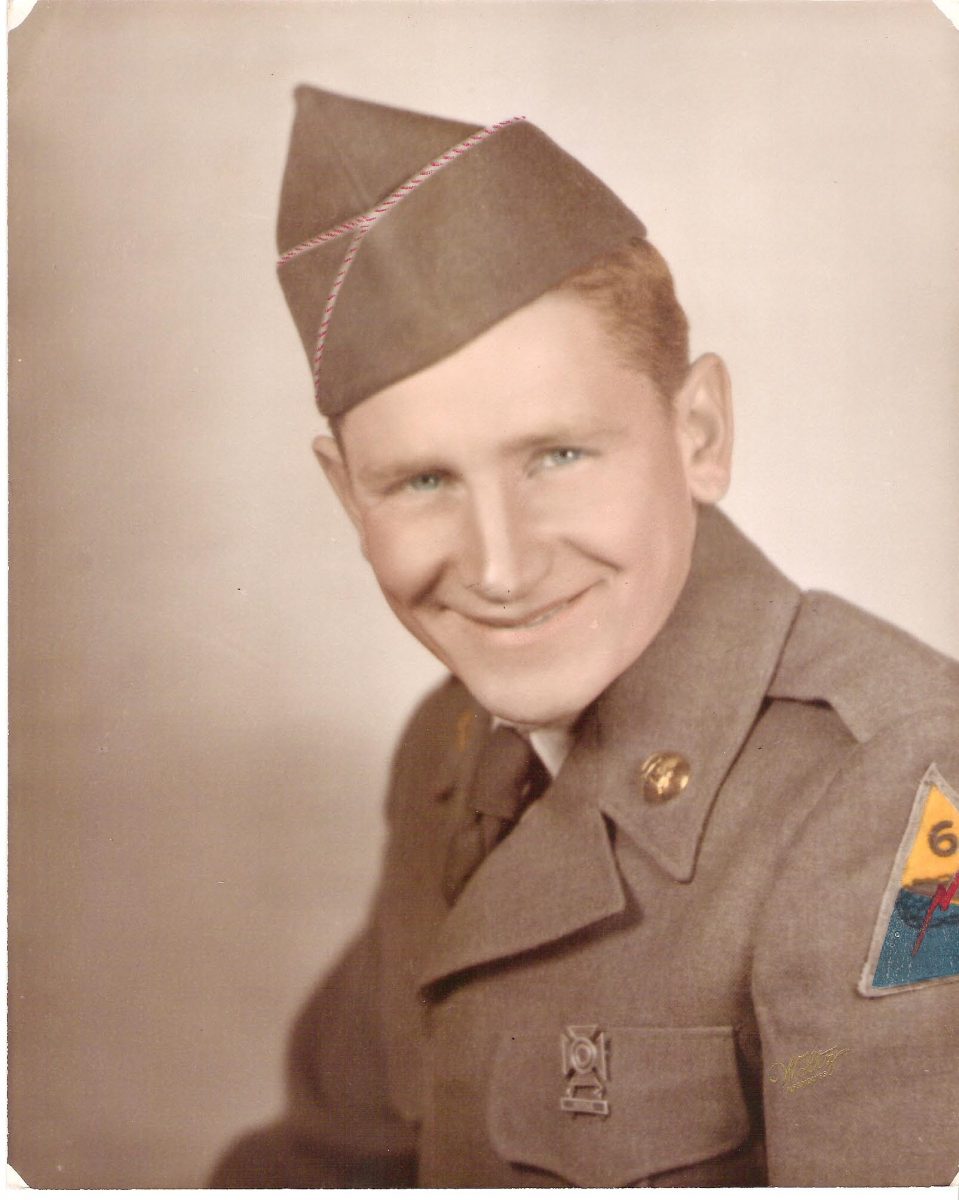 Korean War Veteran John Will Nicol of Knox City was in the Army from 1953 to 1955. He was stationed at the Atomic Proving Grounds in Nevada. This photo was taken when he was 19 years old.

“I was 19 when I got drafted,” said Nicol. “I’ve always kidded that if I were any younger they would have had to get me out of the maternity ward.”

He went Basic Training in Fort Leonard Wood then to Fort Lewis in Washington State where he did his maneuver training in Hanford before being shipped to Nevada.

“They shipped my whole battalion to Camp Desert Rock 50 or 60 miles northwest of Las Vegas,” said Nicol. “The most desolate place you could find.”

Nicol spent the rest of his time in the service stationed at the Atomic Proving Grounds witnessing atomic bomb explosions.

“Most guys only had to watch one,” said Nicol. “I observed 15 of ’em. Atomic bombs. A-bombs for short. I was a combat engineer and I did lots of different jobs. Everything from digging ditches to observing the bombs from the trenches. We didn’t have any protection except a four or five food trench. I’ll give you an idea, I’ve seen ten acres of sand turn to the prettiest glass you ever saw. The sun isn’t even shining compared to those when they go off.”

According to Nicol, approximately 150 soldiers witnessed most test explosions. The biggest atomic bomb he witnesses weighed 39 kilotons and the closest he was ever posted to an atomic explosion was 2250 rods away.

After leaving the service Nicol’s hearing began to give out, which he attributes to his time at Camp Desert Rock.

“I didn’t have any problems at first, but they began to creep up on me,” said Nicol.

He left the service in 1955 and came back to Knox County.

“I farmed all my life after that,” said Nicol.

He later attended Culver-Stockton College in Canton, graduating in 1962. Not long after a friend of his, Donnie Strange, set him up on a blind date with a local girl, Judy Bachmann, from Knox City. The couple married in 1963 and had two children, Joe and Annette.