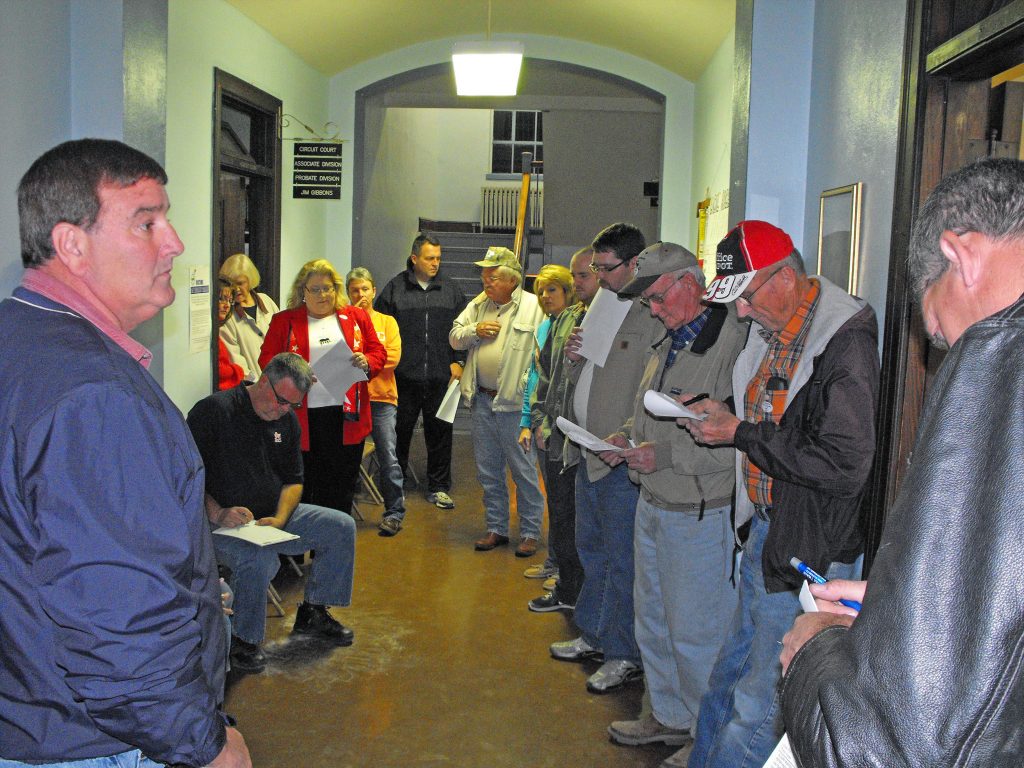 The evening of the election, Tuesday, November 6, 2012, the hallway in the Knox County Courthouse was full of candidates, their friends and families, county officials and a handful of curious citizens awaiting the local results of the General Election from ground zero, outside the Knox County Clerk’s office.
There was an evenly distributed balance of nervousness and excitement among the candidates in attendance who were vying for county contested seats, Eastern and Western District Commissioners, Sheriff and Public Administrator.
As poll workers began to trickle in and the results of the different precincts was called out the crowd listened attentively, heads bowed, either taking notes or feverishly texting away on their cell phones.
The results by precinct were released slowly at first, but one right after another as the final numbers were tallied. The entire ordeal was an on-the-edge-or-your-seat experience for just about everyone present because each of the races were close up to the end, the Edina precinct being the last of the precincts to be released. It wasn’t until the very end when those final numbers gave definitive answers as to those who won the election.
“It was nerve racking,” said Theresa Hamlin (R) Public Administrator Elect who will replace incumbent Kathy Poore (D) in January. “I was very excited, very pleased that Knox County voters gave me their support. It’s still hard to believe. The Primary was a given but this was totally different. It had you on the edge of your seat over there. I’m thrilled to get to serve Knox County.”
“That there is the hardest part,” said Terry “Red” Callahan (D) Re-elected Eastern District Commissioner who retained his seat from challenger Robert Lay (R). “After the Primary I didn’t know. The way the Republicans came out in the primary it was outstanding. I am tickled to death. This is my second go and I don’t know if I can handle another one or not.”
“Pretty much until the last final number I was nervous,” said Roger Parton (D) Western District Commissioner Elect who was running against a long time friend, Jim Parrish (R). “Edina was the one everybody was waiting for. I feel very good. I knew it would be a close race because Jim’s a good fellow. We’re both well known in the community and we’re both pretty good boys. I’m glad I had enough supporters in the right place to pull me through. I just can’t wait.”
“It was either meant to be or it wasn’t,” said Sheriff Elect Allen Gudehus (D) who was up against Robert Becker (R) in easily the most polarized race in the county. “I felt like I did everything I could do and the people of Knox County had the final decision.” 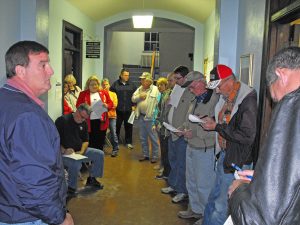 Election Night in Knox - The hallway outside the Knox County Clerk’s office as results were being read aloud of the totals by precinct on election night, Tuesday, November 6, 2012.

Gudehus also released the following statement after the votes were totaled on election night saying: I am honored to be selected by Knox County citizens as their next sheriff. As I stated in my campaign, it is my goal to retain community support in my efforts to keep Knox County a safe place to raise your family. Please know that I am here for all citizens and will uphold my duties as sheriff with professionalism and dignity.