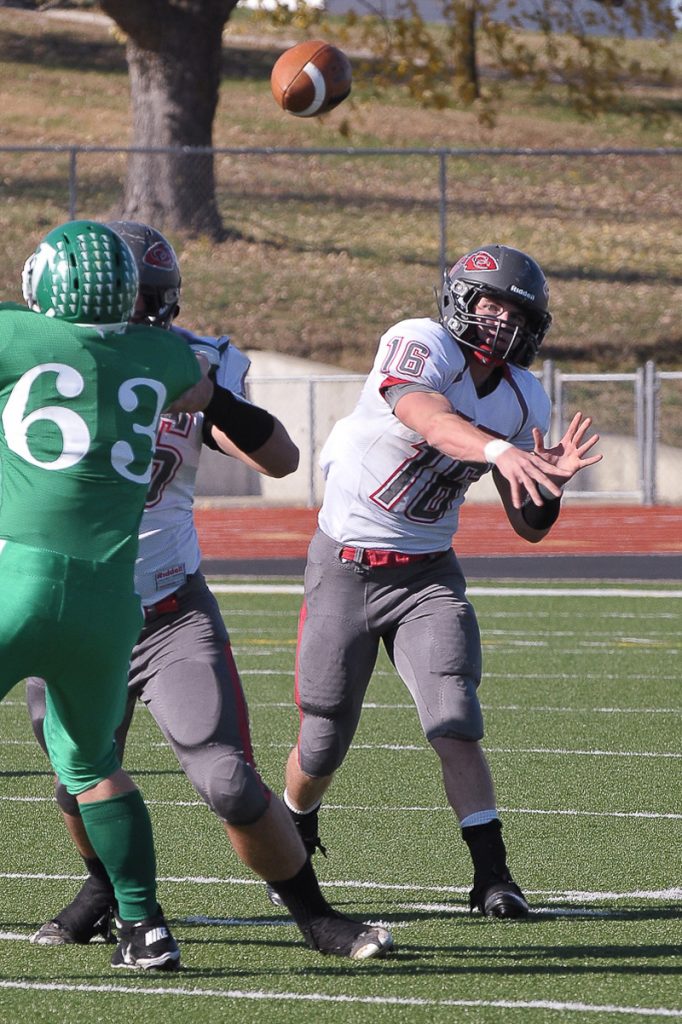 A first half defensive struggle turned after Clark County senior Logan Prewitt kicked the first Indian field goal of the season at Blair Oaks.
Clark County (12-1) took a three point lead on the 34 yard field goal at the 4:12 mark of the second quarter.
The seventh ranked Falcons (12-1) answered with a 90 yard kickoff return for a touchdown.
Blair Oaks began a string of 34 unanswered points, claiming the 34-3 win in Class 2 football quarterfinal playoff action.
Second ranked in Class 2 Clark County threw four third period pass interceptions, including picks on three consecutive pass attempts.
The game was pretty much even from sets, with both sides gaining around 140 yards rushing each. Turnovers were most of the difference in the outcome.
The Falcons hung 20 points on Clarence Cannon Conference champion Clark County in the third quarter. Derek Otto scored two Blair Oaks touchdowns, both in the third period.
Seniors Austin Payton, Logan Prewitt, Aaron Six, Austin Egley, Bryce Boudreau, Bryson Bertelli, Lincoln Jones, Justin Hamner, Brnadon Bourgeios, Luke Ross, Kyle Kovar, Drake Davis, and Brock Kirchner played their final football game for Clark County.
Ashton Maasen took a reverse handoff on the ensuing kickoff after the Clark County field goal and scored at the 3:51 mark of period two. Blair Oaks led 8-3 at intermission after Derek Otto ran in the two point conversion.
Clark County held the Falcons to one first down in the opening two quarters according to unofficial stats. The Indians had five first downs in the first half and 8 on the day. Blair Oaks had 11 first downs in the contest.
The Falcon defense created short fields with their interceptions. Two touchdowns came after picked off aerials.
Blair Oaks got a break on their first touchdown of the second half. Derek Otto fell on a Falcon fumble in the end zone with 9:10 to play in the third quarter. Clark County blocked the PAT leaving the score at 14-3.
Corbin Singer jumped a pass route for an interception and raced 15 yards for a pick six touchdown with 6:51 to go in the period. The Indians blocked another extra point kick, holding the deficit to 20-3 in favor of Blair Oaks.
Derek Otto cashed in another Falcon interception with a 32 yard touchdown dash with 5:05 to play in the third quarter the two point pass was good for a 28-3 Falcon margin.
Austin Egley raced 52 yards for a Clark County first down. Blair Oaks wrested back possession on downs. The Falcons intercepted their fourth pass of the game near the end of the third period.
Clark County trailed 28-3 after three quarters. Eli Roberts scored the final touchdown of the day on an eight yard run with 8:29 to play in the game. The Indians could not find a way to move the football against a tough Falcon defense, dropping the 34-3 decision.
Thanks KMEM Radio for information in this story. 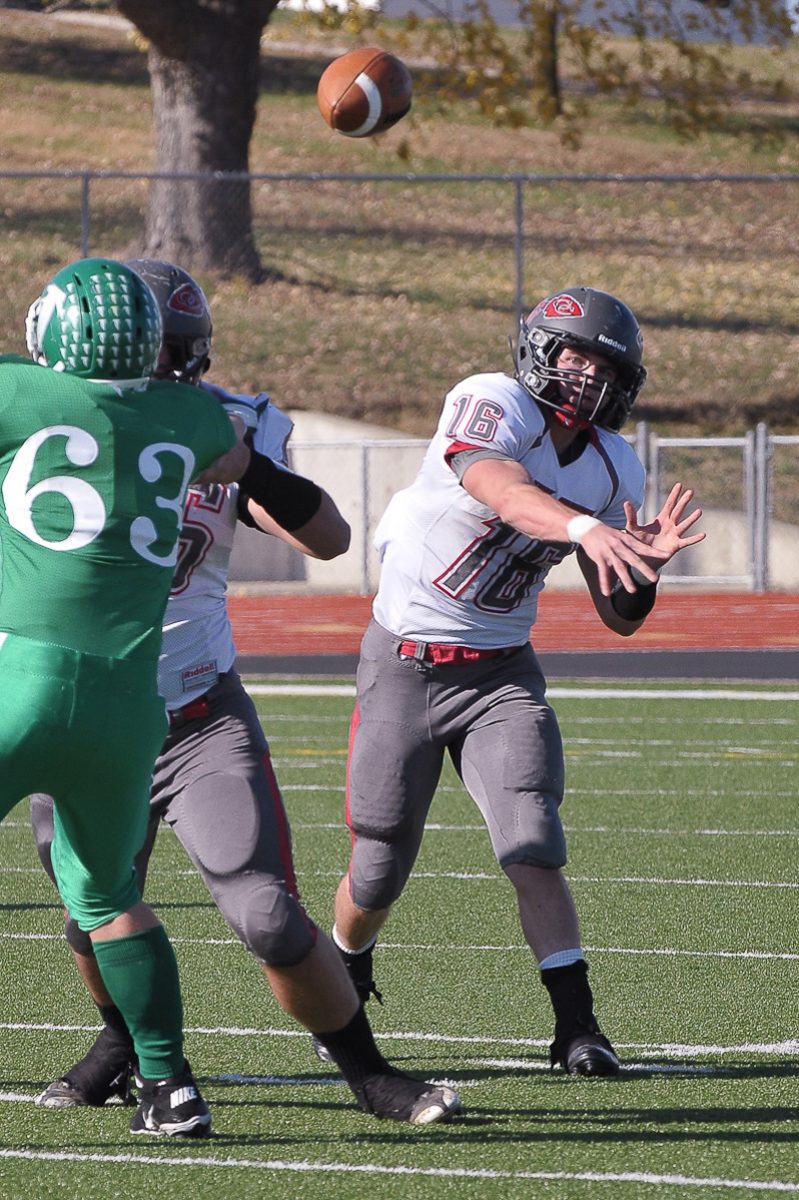