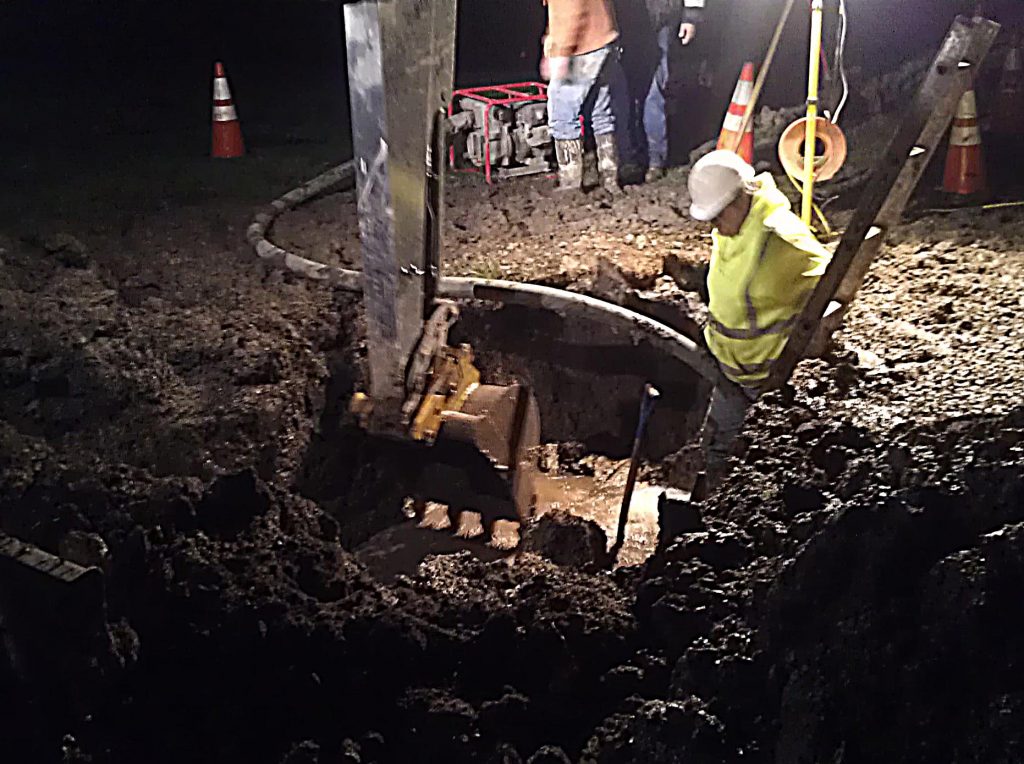 The City of Kahoka is without water this evening.   According to Mayor Wayne Blum, contractors installing fiber optic cable bored into the city’s main supply line near Brett’s Auto Sales along Hwy. 136.  The line carries water from the Wayland well site to Kahoka.

Pointing to a row of blue flags, Blum said, “That’s where the line is supposed to be.  For some reason, it takes a bend here that nobody knew about.”

Despite having two water towers holding plenty of water, all the city’s water had to be shut down because there is no way to isolate the cut section of pipe.

Kahoka  Water Department crews are at the scene, and service is expected to resume in a few hours.  After that, a boil advisory will be in effect. 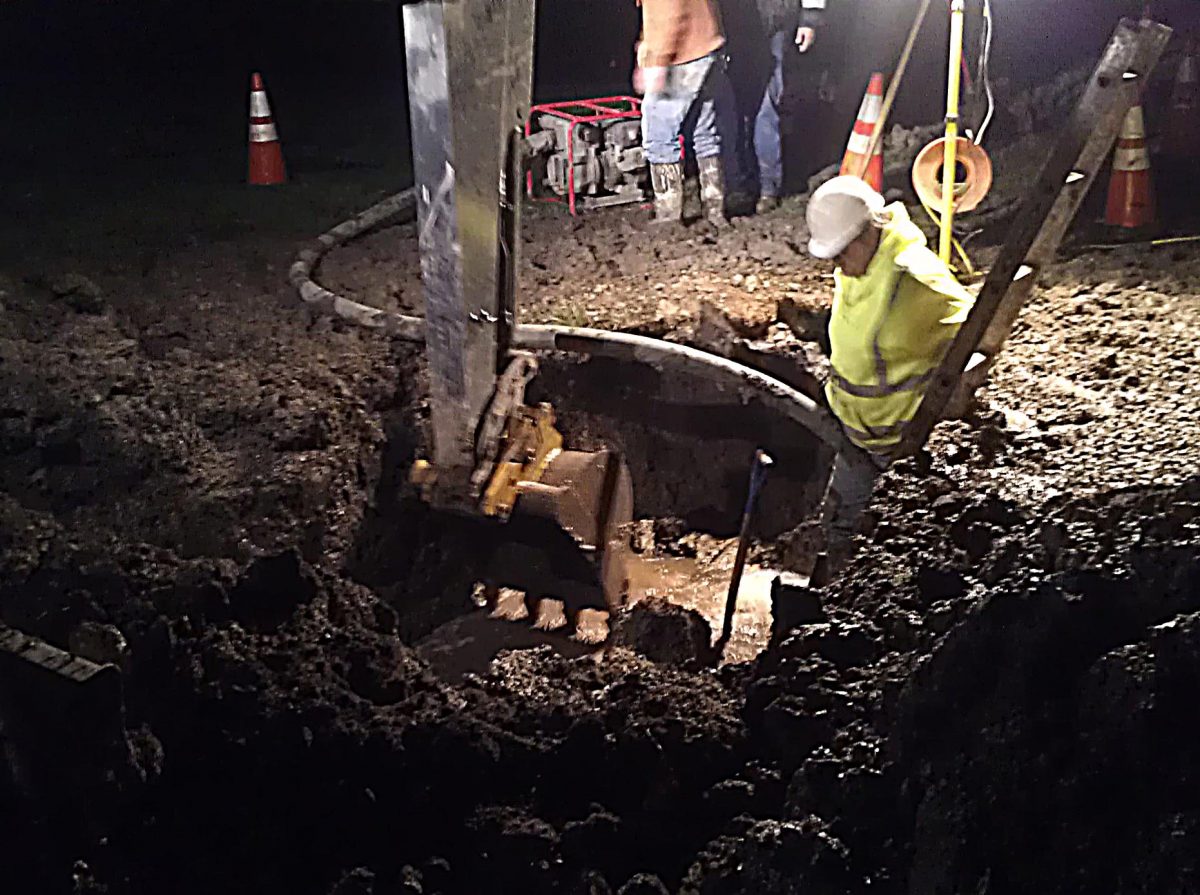