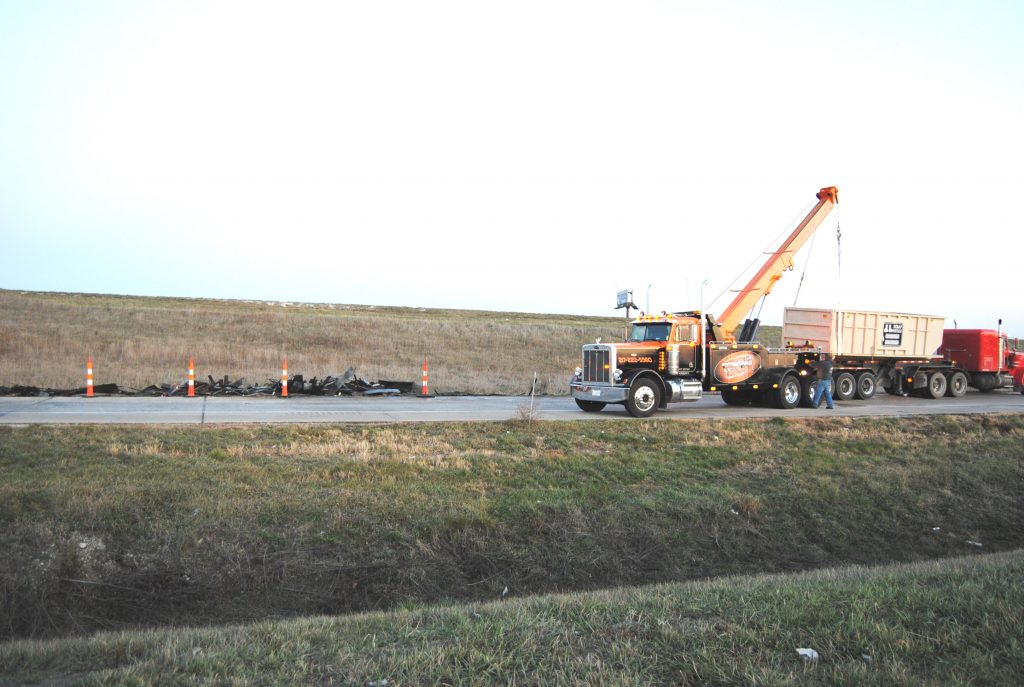 A truck from J&L Scrap Metal lost its load on the southbound on ramp of  Highway 61 at Wayland on Wednesday afternoon, forcing southbound drivers to detour.

According to Missouri State troopers at the scene, the truck had turned onto the southbound ramp of Highway 61 from Highway 136 around 3:00pm Wednesday afternoon  Apparently, the driver was going too fast, and the load of several tons of scrap metal shifted and 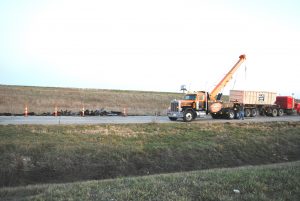 A crane truck lifts a roll-off style container back on to the truck after its load shifted, dumping tons of scrap metal on the shoulder at ditch. The southbound on ramp of Hwy. 61 was closed for several hours Wednesday afternoon.

fell onto the shoulder and ditch.

A crane had to be used to lift the roll-off style container back on to the truck.

Southbound traffic had to be rerouted north on Highway B to Highway C, and then east to Highway 61.

Cleanup took several hours before the on ramp was re-opened to traffic.  There were no injuries reported in the mishap.