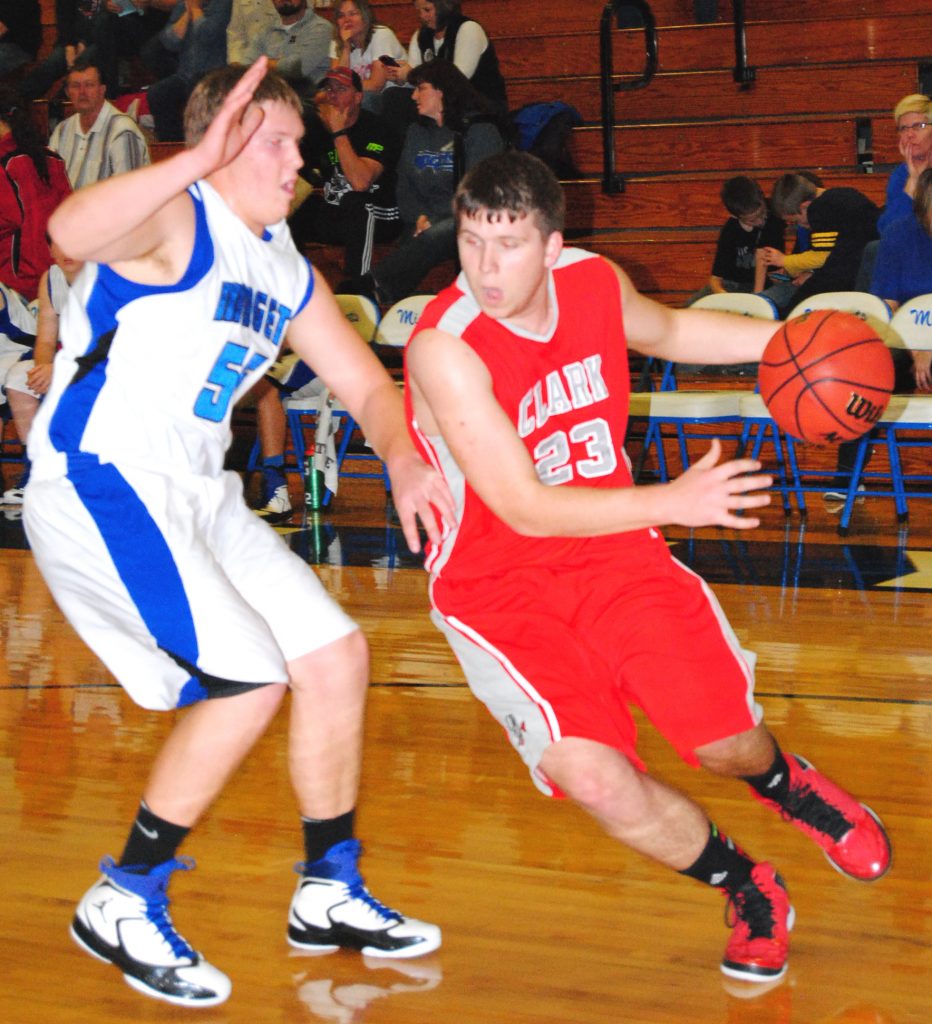 The Clark County Indians swept their opponents in the First Annual Border War Tournament, held last week at Putnam County High School.
The Lady Indians faced the Lady Rams of Schuyler County on Tuesday, coming away with a 53-39 win.  Brittani Miller and Mishaylee Cline led the Lady Indian with 12 points each.  Kailey Roberts had seven, and Hunter Kirchner and Taylor Carter each added six.  Jenna Huston and Hannah Trump added four each, and Megan Oilar added two points.
On Thursday, the Lady Indians faced Albia, and fought their way to a 39-34 win.
After being tied at 15-15 at the half, the Lady Indians unleashed a 16-point third period to down their opponents, putting the game out of reach.
Cline led the Lady Indians with 15, followed by nine from Huston, six from Miller, and four each from Roberts and Oilar.  Trump added two for Clark County.
On Friday, the Lady Indians faced the host Lady Midgets of Putnam County.  Clark County trailed 15-11 after one quarter, but took a 26-25 lead at half.  Missed shots let Putnam have the upper hand in the third quarter, but the Lady Indians fought their way back, and hit their free throws at the end to seal the win, 51-45.
Cline led the Lady Indians with 15 points, and Huston had 12.  Megan Oilar added eight.  Miller had five, Carter and Trump each had four, and Roberts finished with three points.
The Indian boys opened with a blowout win over Schuyler County, thumping the Rams 54-21.
Chase Bevans had 15 to lead Clark County, and Kyle Kovar followed with 10.  Luke Ross has seven points, and Tyler Brammer had six.  Tommy Dever added five, Lincoln Jones had four, Dylan Harper had three and Rye Hunziker had two.
Clark County and Albia played into overtime on Thursday in a high-scoring matchup.
The Indians led 14-11 after one quarter, but trailed 32-30 at the half.  The teams battled to tie at 60-60 at the end of regulation.  Clark County outscored Albia 9-6 in OT to take the 69-66 win.
Bevans led with 19 points.  Jones had 13, and Ross had 10.  Austin Egley hand Logan Wheeler each had seven.  Jayvin Ray had six, while Dever had four and Harper added three.
On Friday, Putnam County opened a quick lead over Clark County, but the Indians stayed with the host team, trailing only 32-28 at half.  The Indians tied the score at 38 midway thru the third period, but Putnam County pulled away to a 68-53 win.
Harper led the Indians with 14, and Bevans had eight points. Ross, Dever, Hunziker and Ray each had six.  Kovar and Jones each had four, and Egley added two points.
The Indians and Lady Indians host Canton on Friday, 12-7, at 6:00pm 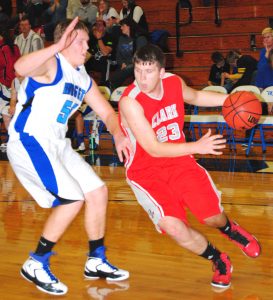 Dylan Harper had 14 points to lead the Indians, but it wasn’t enough as Clark County fell 68-53 against Putnam County.