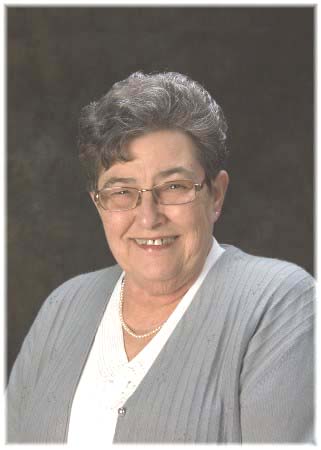 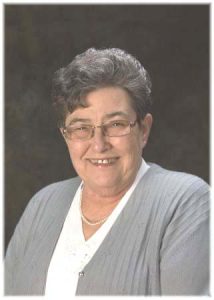 Glendora Bradley, 74, of Kahoka, Missouri died peacefully surrounded by her family on Tuesday, January 8, 2013 at her home.

She was born February 14, 1938 in Memphis, Missouri the daughter of Frederick and Doris Regnold Dean.

Glendora was a data processor at Hubingers in Keokuk, Iowa for 18 years retiring in 1997.

Glendora and Richard had dreams of spending their retirement camping in their AirStream and attending Bluegrass festivals. Glendora spent a great deal of time listening to Richard and his band play music as Richard was an avid guitar player. Glendora was a sports fanatic and enjoyed watching her children and grandchildren participate in football, basketball, and band functions. She enjoyed playing games on the computer especially Farmville and sometimes letting loose and gambling at the local casinos.  Her pride and joy was her family and her four legged friends Valley and Annie.

She is survived by three daughters, Glenda Cochran and her husband Carl of Keokuk, IA, Robin Bunker and her companion Robert McClair of Kahoka, MO, Susan Reynolds and her husband Ray of Chicago, IL, three sons, Jeff Swindler and his wife Lisa of Clarinda, IA, Richard Bradley, Jr. and his wife Heather of Kahoka, MO, Douglas Bradley and his fiancé Meagan Cesar of Kahoka, MO, twenty one grandchildren, eleven great grandchildren, a brother, Charles Dean of Keokuk, IA, her four legged companion, Annie and many nieces and nephews.

She was also preceded in death by her parents and a brother, Edward Dean and her dog Valley.

Graveside services will be 11 a.m. Friday at the Kahoka Cemetery in Kahoka with Pastor Shawn McAfee officiating.  Funeral procession will leave the funeral home at 10:45 a.m. to the cemetery.

Visitation will be held after 1 p.m. Thursday with family meeting with friends from 6 – 8 p.m. at the Vigen Memorial Home in Kahoka.

Memorials may be made to Clark County Football Association.