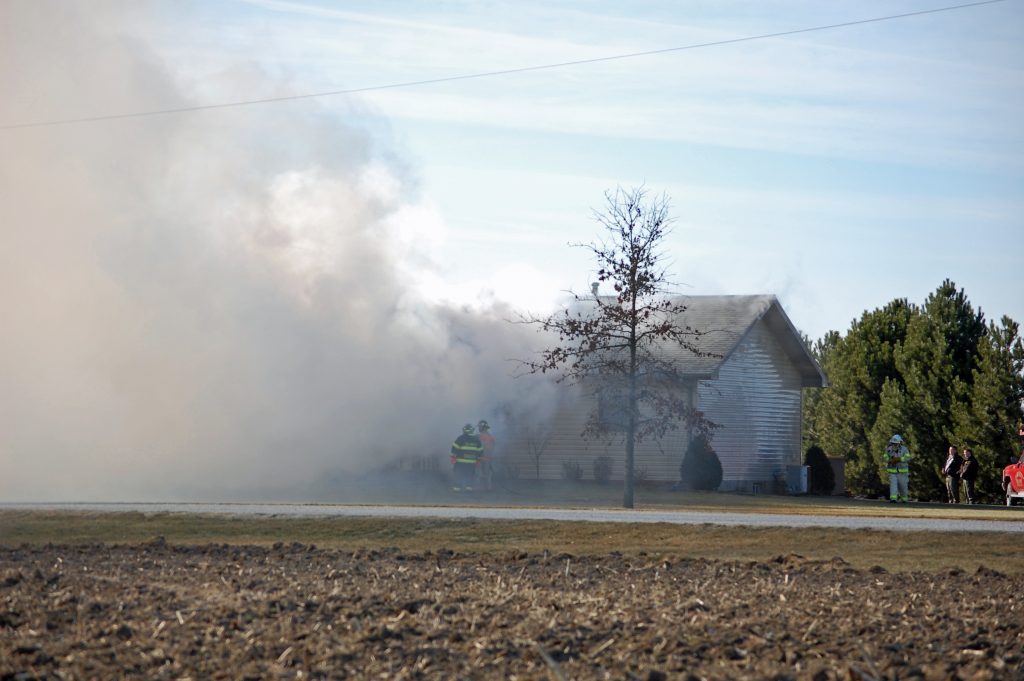 Fire destroyed the Larry and Kim Meinhardt home southwest of Kahoka on Wednesday morning, January 23.  At about 10:30am, Kahoka and Clark County Rural firefighters were called to house fire on Wednesday morning, about four miles southwest of Kahoka.
Upon arrival, they found the home and outbuilding, which is used as a shop, in flames.  According to Fire Chief Lary Fountain, the fire apparently started in the shop, but the cause of the fire was unknown.  The fire then spread to the house.  Smoke could be seen from Kahoka as family members  and friends carried out what furniture and personal items they could save.
The state fire marshal was not called to investigate because the Meinhardt’s insurance carrier did not require it.
“He (the fire marshal) probably wouldn’t have been able to make any determination anyhow,” Fountain said, noting that the shop was in a pile on the ground.
The home and buildings were a total loss.
Firefighters also responded to another fire on Wednesday evening, north of Luray.  When they arrived, firefighters found a 2009 Chevy Silverado owned by Michael Cochran of Farmington, Iowa, completely engulfed in flames.  The vehicle was a total loss.
On Saturday morning,  January 26, Clark County Rural Firefighters were assisted by the Wayland Volunteer Fire Department at a machine shed fire at the John Kleine farm approximately nine miles south of Kahoka.
The 48×48 buildi and a dog run were destroyed in the fire. 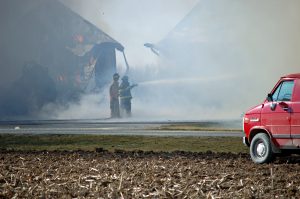 Firefighters try to save the home