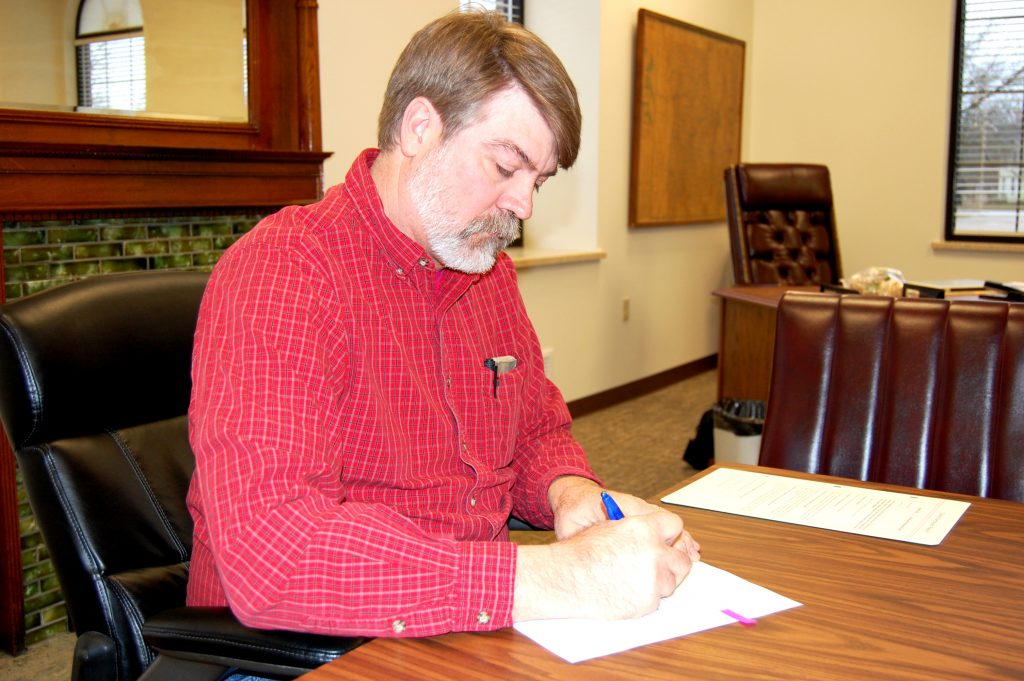 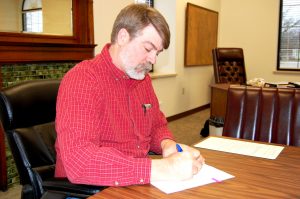 Clark County will spend more than a million dollars less than last year, according to the 2013 Budget approved by the Clark County Commissioners on Tuesday, January 29. But the county isn’t building a courthouse this year either.
On Tuesday morning, the Commissioners held a brief public hearing, with no members of the public in attendance. A video of that hearing will be available at www.nemonews.net.
In her budget message, County Clerk Leih Ann Hayden said, “This budget has been a brand new experience for some elected official and employees, and just another budget for more experienced people. I think all will agree with was a difficult budget to complete funds were harder to find to cover the anticipated expenditures that we asked for by the department forms turned in by everyone. When asked to reduce their department form expenditures, most did so graciously…”
The 2013 budget calls for the county to spend $5,670,261.92, while taking in $5,396,751.98 in revenue. That will leave the county with only $321,061.92 in available funds at the end of the year, down form $594,571.92 at the end of 2012, but an improvement over the $233,892.84 the county started the year with in 2010.
According to the new budget, the county’s general revenue fund will spend $960,631.57, or a little over $32,000 more than last year. The largest increase in expense is for courthouse cleaning, which makes sense because it is a full year compared to a partial year of cleaning services.  The general revenue fund includes a $232,250 transfer to Law Enforcement/Jail Operations fund, which is an increase of nearly $5000 over last year.
The Road and Bridge budget is expecting to spend more than $1 million more than in 2012, with two bridge replacements rescheduled from last year to this year.
The 1/2 cent Road and Bridge fund, which pays for road rock and equipment, is budgetted to spend $290,793.65 this year, down about $43,000 from last year.
The Law Enforcement/Jail Operations fund expects to spend $741,114.08 this year, down nearly $17,000 from last year.
The Courthouse Construction fund will make its final payments of $104,703.12 to close out that account this year.
On the Revenue side, property taxes will bring in $945,700 this year, up from about $926,000 in 2012.
The county expects sales tax revenue to increase to $1,145,000, up from $1,136,907 in 2012.
Intergovernmental revenues will increase by over $1 million dollars, as Road and Bridge will get outside money to pay for bridge replacement.
“We tried to budget down to the last dollar,” said Hayden.