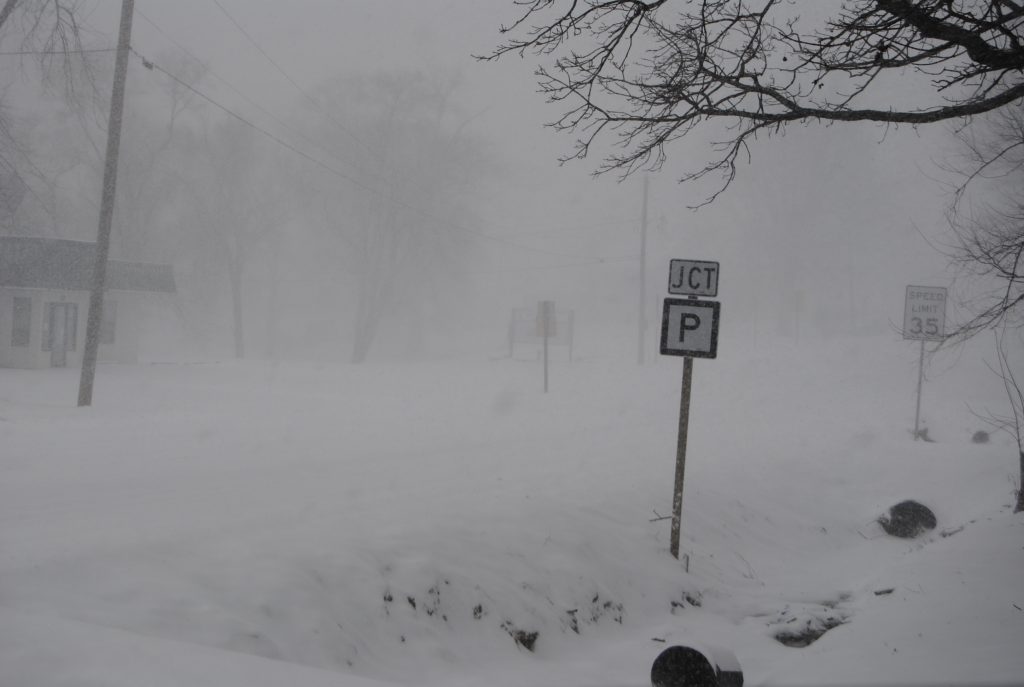 Due to the snowstorm tonight’s Knox County High School basketball game has been rescheduled to Friday at 7:00 p.m., February 22, 2013, and Friday morning’s Knox County High School’s FFA Pancake Breakfast has been rescheduled for Monday morning, February 25, 2013. And the LaPlata Class 1, District 10 Championships have been postponed until Friday night.

Snow began falling in Edina at about 11:15 a.m. Thursday, February 21, 2013, just as Knox County R-1 students were being released from school early.

Several businesses throughout the region have also closed shop early.

The grocery store in Edina, C&R Market, had a full parking lot throughout the morning, Thursday, and was full of customers picking up some last minute necessities before the storm. As hoped by city, county and state officials business slowed after the snow started falling.

According to MSHP Corporal Nathan Shinkle, traffic throughout the area has greatly reduced since snow started falling, which is what officials and emergency responders were hoping for. 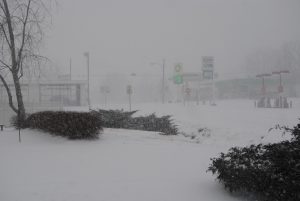 Pick-a-Dilly Convenience Store and gas station in Edina on the southeast corner of Highways 6 and 15 at approximately 1:30pm Thursday, Feb. 21, 2013.

“There’s no reason for anyone to be out in these conditions,” said Corp. Shinkle. “We had a week to prepare for this storm and hopefully everyone is home making themselves comfortable, drinking hot chocolate and waiting it out.”

In Knox County two accidents have been reported so far. The first happened on Highway 15 at approximately 11:30 a.m. just east of Edina and the second happened on Highway 6 a few miles east of Hurdland a short time later. Both are believed to be weather related.

“Unless you absolutely have to be out do not go out in these conditions,” said Corp. Shinkle.