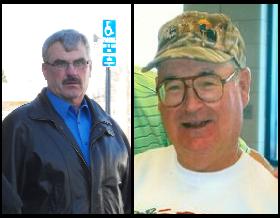 According to a petition filed on Monday, February 18, 2013, the sons of William “Bill” Bacon, William and Robert Bacon, have filed a wrongful death lawsuit against Glenn Head, 59, of Novelty through their attorney, Brent E. Haden of Columbia.

Head stands accused of murdering Bacon on December 11, 2012, during a continued trespassing dispute between the two neighbors. He is facing a second-degree murder charge and an armed criminal action charge in Knox County. Head’s attorney, Charlie James, indicated, during an exclusive interview with The Edina Sentinel shortly after Heads arrest that his client would be pleading not guilty, insisting Head shot Bacon in self-defense.

The petition also gives a detailed and wrenching account of Bacon’s death and is suing for funeral expenses, medical expenses, loss of income incurred by the Bacon brothers and their father, for the loss of companionship between the brothers and their father and so on. In total they have listed 14 reasons of why they are suing Head and provided a list of nine items they are asking for a judgment on.

According to Knox County Circuit Clerk a hearing date in this case has not been set.

Click here to read past coverage of the murder investigation.