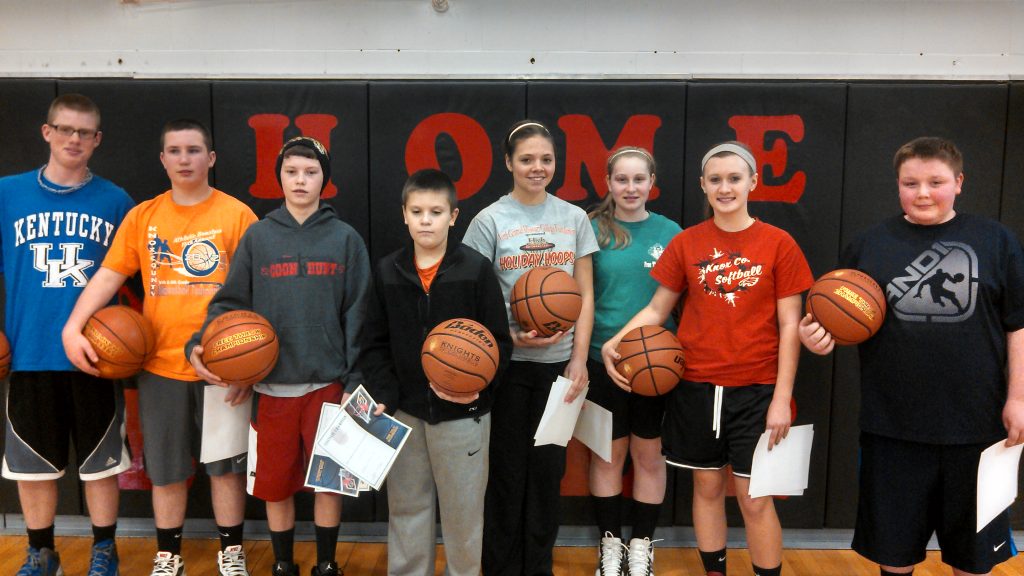 Eight boys and girls from Knox and Randolph Counties were named local champions of the 2013 Knights of Columbus Free Throw Championship.

Edina Council 846 sponsored the local competition at Knox County High School on February 10, 2013. Youngsters ages 10 to 14 were eligible to participate.

Each contestant was allowed 15 free throw attempts in the contests. Successive rounds of five free throws per contestant settled ties until a winner emerged.

Samantha Jett, 14, of Moberly and Katie Hamlin, 12, of Edina won the local competition and moved on to the state level.