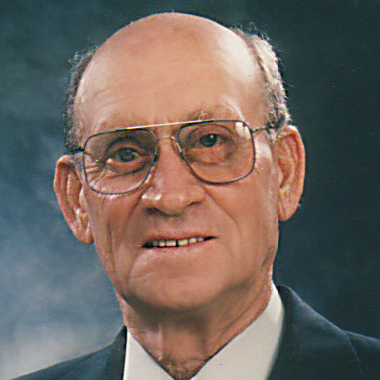 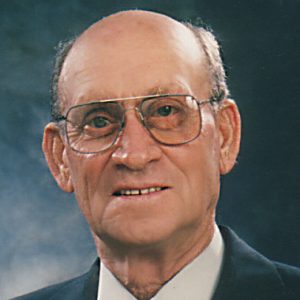 Ralph Francis Kincaid (Senior), 88, died February 26, 2013 at Samaritan Hospital in Moses Lake as a result of a stroke he suffered in his sleep.

Ralph Kincaid was born June 7, 1924 to Raymond and Alice Kincaid of Knox County Missouri.  He was raised on the Missouri family farm.  He graduated from Novelty high school and worked on the family farm before enlisting in the Army Air Corps in 1945.   During his enlistment he was stationed at various pilot training bases including Marfa, TX, Marana, AZ, Bakersfield, CA, Okinawa and the Philippines.  He was honorably discharged in February, 1947 after losing an eye in an accident.

On May 31, 1945 he married Mina Cupp of nearby LaPlata, Missouri while he was home on a 13 day leave after graduating from the Army Air Corps Pilot School.  He frequently said “she was the best thing that ever happened to me.”  After the war when Ralph was discharged, they settled into the Kincaid family farming operation in northeast Missouri and started a family.

They farmed for five years, and one day while leafing through Redbook Magazine, they ran across an article about the Columbia Basin Project in Washington State that changed their lives dramatically.   They won the right to buy a farm in the federal irrigation project when his name was pulled from a jar containing names of thousands of hopeful applicants.

In 1954 they sold everything and moved their young family to Pasco, Washington.  They developed one of the first irrigated farms in Block 15 north of Pasco.   After 5 years of struggle with the new farm, Ralph went to work as a field man for Sun Basin Growers in Basin City.

In 1966 they moved to Moses Lake as Ralph was promoted to various management positions, eventually becoming General Manager of Sun Basin Growers.  Later he became a Realtor and opened his own office called Real Property Sales, Inc.   In 1992 he came out of retirement for a short time and helped Ralph Jr. and Lois Kincaid open their real estate office, now called Windermere/K-2 Realty LLC.

Ralph was an avid golfer and 46-year member of the Moses Lake Golf Club where he played 2 or 3 times a week.  Two of his golf highlights included winning the Low Net Championship in the 1968 Hunters Tournament and scoring a hole-in-one in 2011 at the age of 87.  He was also a long-time member of the Moses Lake American Legion Post where he spent time with his friends.  His greatest love was spending time with his family.  He went to great lengths to stay in touch with extended family wherever they might be.

In lieu of flowers please donate in his memory to the Moses Lake American Legion Post at P.O Box 1432, Moses Lake, WA 98837.

He will be honored at a private family celebration of life at a later date.