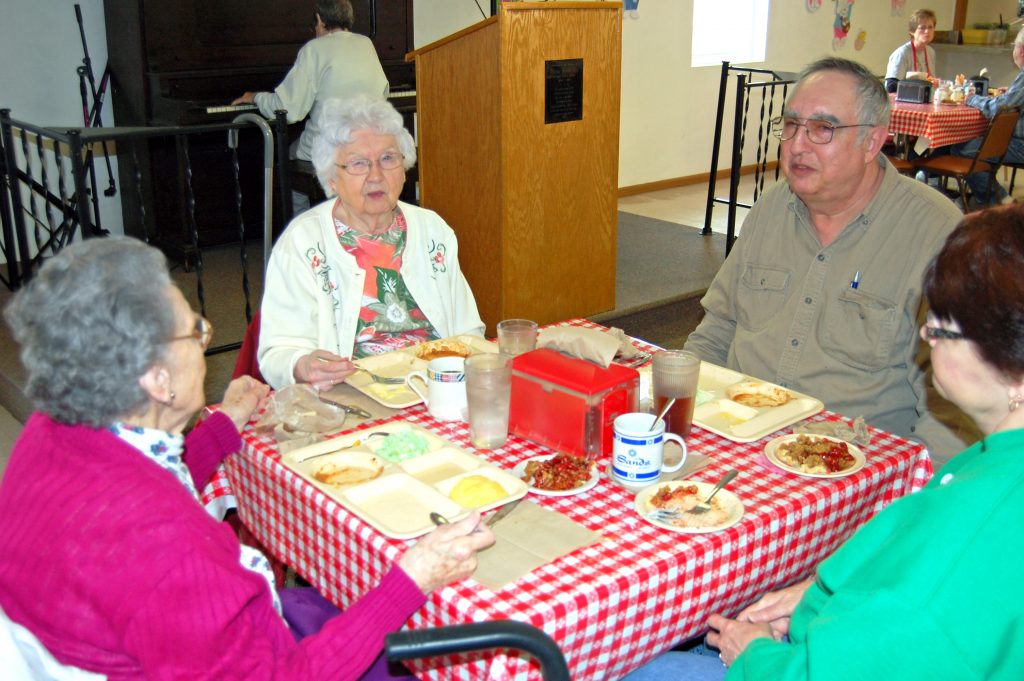 Clark County residents can make a big difference in the lives of many senior citizens by approving a small tax on the April 2 ballot.
The Clark County Council on Aging, better known as the Senior Center, is seeking a five cent per $100 assessed valuation tax to support the meals and programs it provides for senior citizens in Clark County.
The relatively small tax increase (about $8.11 cents per year for my home) is expected to generate about $47,000 per year for the Senior Center.  By comparison, the CCR-1 School District levies a total tax of $3.50 per $100 assessed valuation, (a total of over $567.00 per year on my home).
Currently, the Senior Center feeds about 75-90 people per day, either at the center or through home delivery of meals.  That translates to 1500-1800 meals served each month.
The Senior Center receives about one-third of its funding from government sources, and relies on grants, fundraisers and meal donations for the rest of its income.
The Senior Center is not allowed to charge senior citizens for their meals, but instead suggests a modest donation.
“I have more and more people who are paying less or don’t pay anything for their meals,” said Senior Center Director Gina Bash.
For years, the Senior Center has relied on fundraiser dinners and events to help make ends meet, but it has been a struggle.
“Food prices have increased about 12 percent, and or government assistance has dropped by about 14%,” said Senior Center Board President Rodney Smith.  “That’s the same as a 26% increase in costs.”
At the same time as costs increase, more people are relying on the Senior Center for a hot meal.
“We’re seeing more people and getting more clients as the population ages,” Smith said.  “We need more funds to keep our head above water.”
Almost as important as the food is the fellowship opportunities provided by the Senior Center.
“The socialization is so important,” said Bash.
Whether its just seeing people at lunch, or playing cards or bingo in the afternoon, or just a friendly smile from the volunteer meal delivery people, the Senior Center provides a means of contact for many who otherwise wouldn’t see anyone all day long.
“People come in with smiles on their faces, and those that we take meals to are so happy to see a visitor,” said Smith.  “I would hate to see it go by the wayside.
The day to day operation of the Senior Center is managed by Director Gina Bash.  Board members are Rodney Smith, Jerry Redding, Linda Bertram, Harold Winn, Joe Edlen, Gary Whitaker, Betty Stutz, Don Kelly and Doris Krueger.
Board members oversee the expenses and fundraisers of the Senior Center, as well as providing oversight of its staff and programs.
“We’re not extravagant about anything,”  said Smith.  “We try to run a very tight ship.”
“We have a very cohesive board that’s willing to work together,” said Smith.  “Every member contributes to the success of the center.  It’s something we’re all committed to.  Gina does a great job.  She has a good rapport with the clients, volunteers and cooks.  She’s a hometown girl that knows everybody, and its a great help.”
On the April 2, 2013 General Municipal Election ballot, the question will read:
“Shall the Clark County Council on Aging, Inc., levy a tax of 5 cents per each one hundred dollars assessed valuation for the purpose of providing services to persons sixty years of age or older?” 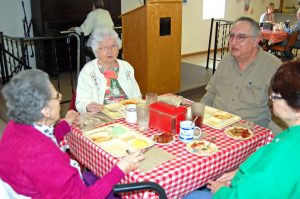