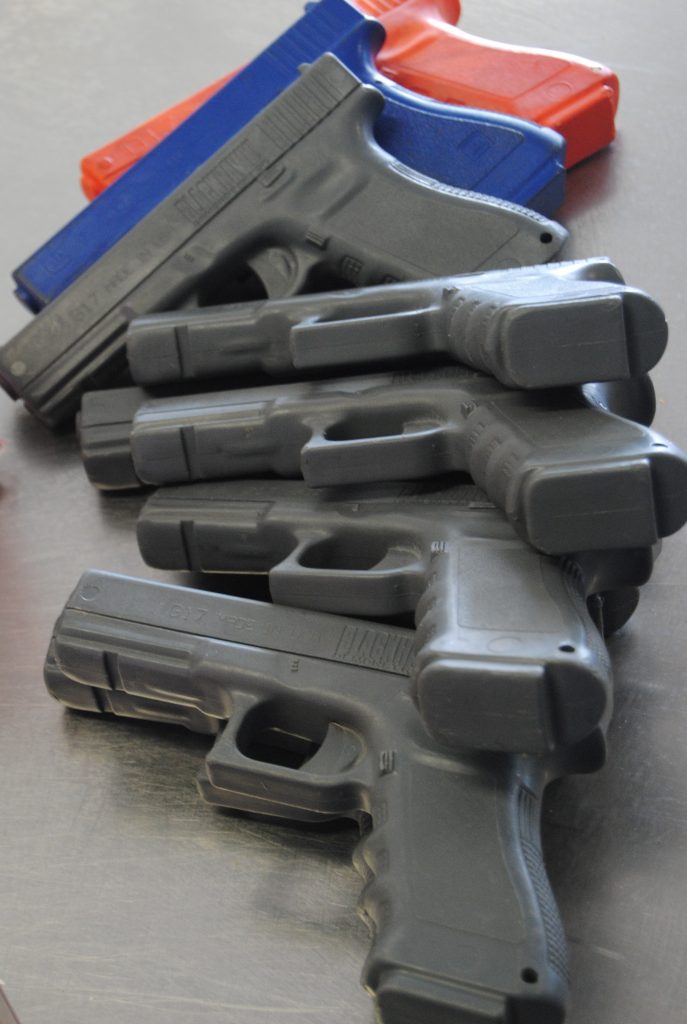 An active shooter, or shooters, roaming the halls of Knox County schools is a shuttering thought, one most of us prefer not to have. But the reality of the times is that not only does our school district need to think about such a tragic situation, but also they need to plan and train for it.

“We had done intruder evacuation drills in the past, but not active shooter training. I don’t know that anyone can be prepared but we are doing precautionary measures always, since I’ve been a board member for the past ten or 11 years,” said KCR-1 School Board member Mark Cardwell. “If it can happen in an Amish school in Pennsylvania don’t think that it can’t happen in Knox County, Missouri.” 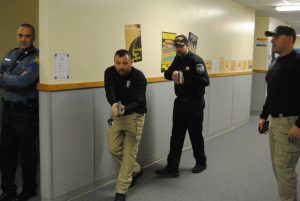 “We wanted to touch base, clean up our policies and make sure we had the right procedures in place. Not just shooter, any safety procedure, we wanted to go over and make sure we have the best safety plans for the benefit of our kids,” said KCR-1 School Board member and Edina Police Sergeant, Kelly Hayes. “It was (KCR-1 Superintendent) Andy (Turgeon) and (Edina Police Officer) Robert Becker that put it all together. Between the school and the police department we got it all arranged to have this training. It was unbelievable training. I heard one teacher say it was the best training she’d ever been to.” 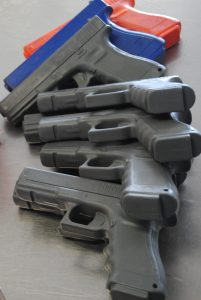 These gun simulators were used by law enforcement officials during their Active Shooter Training at Knox County schools on Wednesday, March 6, 2013.

The training was conducted by Strategos International, a company that specializes in active shooter training for schools, churches and companies, at Knox County schools on Wednesday, March 6, 2013. In attendance were teachers, school administrators, secretaries, coaches, cooks and custodians. Representatives from every law enforcement agency in the area (the Edina Police Department, Missouri State Highway Patrol, Knox County Sheriff’s Office and the state’s local Juvenile Officer) were also in attendance.

“They sent someone up to watch intruder training we had done before to let us know what we could improve,” said Hayes.

The Active Shooter Training conducted last Wednesday was broken into two sections. The first half of the day was spent in a classroom session where the instructor gave the entire group an overview and historical examination of active shooters; an examination of lessons learned; behavioral pre-cursors; threat assessments; school lock-downs; what to do when a lock-down fails and rapid deployment response by law enforcement personnel.

It was an all out reality check. The instructor, a highly trained state law enforcement official, was armed with facts, figures, studies and statistics on what is known and has been learned about active shooter situations. There was no sugar coating to his message what-so-ever.

The second portion was a practical hands on training consisting of drills and exercises. Special training was offered to law enforcement as well, which was conduced by a highly trained state law enforcement official with a background in SWAT, K-9 and the military.

“When I was teaching the biggest threat we had was chewing gum and short skirts,” said one administrator. “Times have definitely changed.”

Throughout the day school personnel were given new tools, tactics and procedures to utilize in such an unthinkable situation as being involved in an active shooter situation at Knox County schools.

“Your lives have changed from here on out,” said an instructor at the end of the day, “because now you know what to do.”

“Any time we’re talking about the safety of our kids it takes a high priority,” said Knox County High School Principal Rick Johnson. “We hope this is something that never ever happens, but every school that has had an active shooter never thought they were going to.”