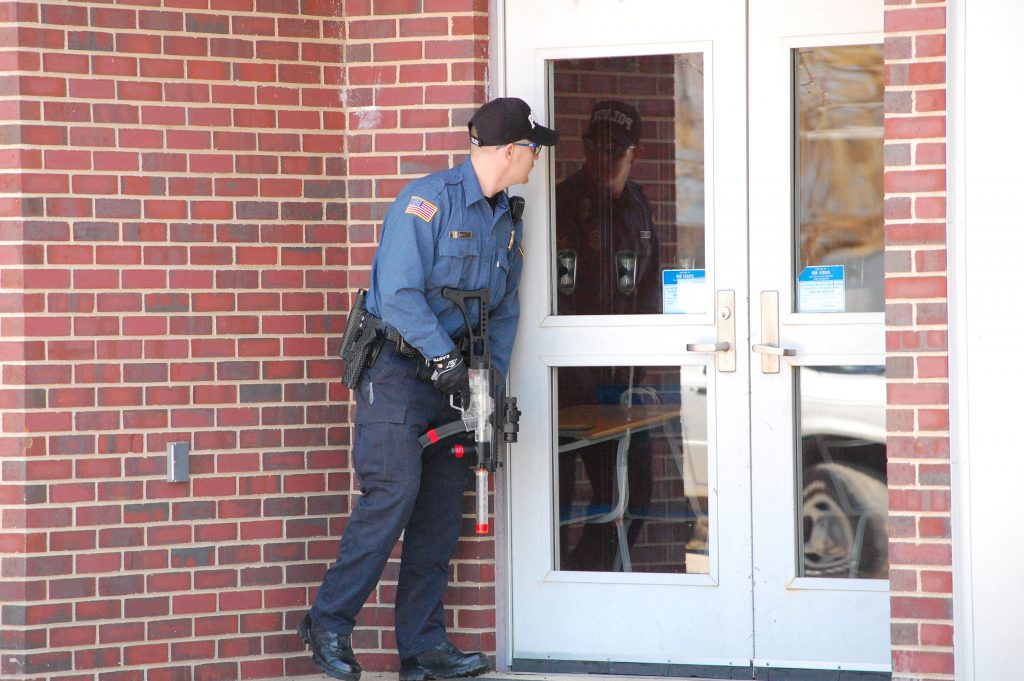 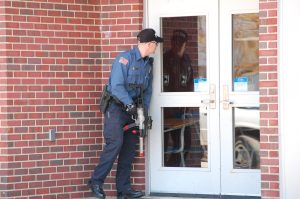 It was just a drill, but emergency responders treated it like the real situation.

On Thursday afternoon, the Clark County R-1 School District held an active shooter drill at the High School.  No students were involved in the exercise.

High school staffers “taught’ their “classes”, comprised of staff members from other district buildings until the afternoon was turned upside down by a then-unknown number of armed intruders.  9-1-1 calls were made, and law enforcement and emergency services practiced their response.

Upon arrival, officers were first checked by safety officials to make sure no actual weapons or ammunition entered the school building.  Officers then assessed the situation and made their tactical entry.  After many tense minutes, it was reported that the active situation was then safe.

Though The Media was on the scene of the drill, outside the building, we have agreed with the school district not to disclose any of the response times or activities of school personnel or law enforcement.  The reason is to make sure that only school staff, law enforcement, and emergency medical responders know what the response plans entail.

Following the drill, school staff met with law enforcement to discuss and learn from the drill.

See next week’s edition of  The Media for more coverage on this story.