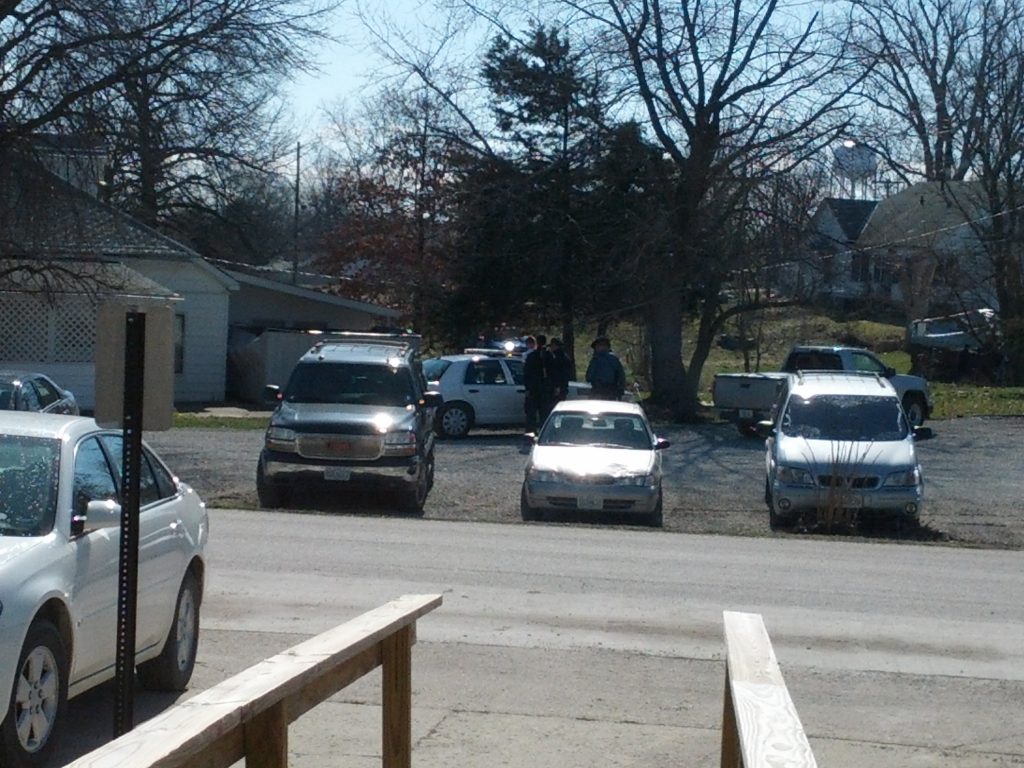 Jeffrey Jay Nichols, 22, of Moberly, who, along with Christopher Demond Lewis, 18, of Macon, stands accused of Murder in the First Degree of Edina native Carmelita Kaser, 92, of Moberly on Easter Sunday, March 31, 2013, was a new addition to the community he was living in.

“We imported our problem from the (Department of Corrections). He’s not from here. He was released to our area a month ago,” said Randolph County Prosecuting Attorney Mike Fusselman.

According to Missouri DOC representative, Mandi Steele, Nichols was convicted on two counts of Burglary in the Second Degree and sentenced to two five-year terms to run concurrently (at the same time) all the way down in Jasper County in the southwest corner of the state on December 5, 2009. He was released from prison on February 28, 2013, and put on supervised parole under the supervision of the 18th District Probation and Parole Office in Moberly, Randolph County.

After researching this story, we believe it is safe to say, with a reasonable amount of certainty, Nichols fell through the cracks of both.

During the course of our investigation, two private citizens have come forward alleging they contacted the 18th District Probation and Parole Office in Moberly to report Nichols violated his parole, directly contacting his assigned Parole Officer, Drew Morris, on at least two occasions during the month leading up to the murder of Mrs. Kaser.  Both alleging those reports fell on deaf ears.

When Missouri DOC representative, Steele, was asked to confirm those allegations she stated, “Those type of details, as is what’s in a parolee’s file, is a closed record.”

According to Steele, what can be released by the DOC is included in the following statement, “As of April 1, 2013, the parole officer (supervising) Nichols is assigned to handle 88 cases; 72 were on lower supervision levels, nine were in the highest supervision level and seven were in the initial assessment phase.  When Nichols was released from prison on February 28, 2013, his original parole release date was set at October 30, 2014, but this was subject to change.”

The Edina Sentinel has confirmed that Nichols was arrested by the Boone County Sheriff’s Office and booked into the Boone County Jail under a misdemeanor charge of Tampering With Property of Another on March 28, 2013, just days before the murder of Mrs. Kaser.

“He was (allegedly) riding around in a car that was stolen, which was the only charge on him,” said BCSO Chief Deputy, Major Tom Reddin.

According to Reddin, it is not common for the sheriff’s office to contact a subject’s probation or parole officer when they are taken into custody.

“Anytime anyone that is on probation or parole supervision has contact with law enforcement, when law enforcement runs them through the system, the fact that they were run through system, and by which agency, is sent to that probation and parole officer,” said Reddin. “It’s typical for no one to contact the parole officer from the sheriff’s office. They are automatically notified as soon as their name is run through the system. That’s the way it’s set up.”

Another private citizen has come forward alleging he personally called Nichols’ Parole Officer to tell him Nichols had been arrested while Nichols was still in the custody of the Boone County Jail, stating that the officer told him Nichols was in violation of his parole and would be taken back to the DOC.

That claim could not be confirmed through the DOC either because, as stated earlier, a parolee’s file is a “closed record.”

On Thursday, April 4, 2013, Missouri DOC representative, Steele, released a statement to The Edina Sentinel saying, “Typically for nonviolent, low-level law violations punishable by fines or local jail time, an interview with the parolee and review of the police report is completed before a decision is made whether to issue a warrant.”

Suffice it to say, the 18th District Probation and Parole Office in Moberly did not issue a warrant for Nichols, which made it impossible for the BCSO to detain him after his $1,000 bond was posted.

“We don’t decide if they put the hold on them or not,” said Reddin. “That’s for Probation and Parole to decide.”

“Probation and Parole are so inundated that they can’t keep track of everyone,” said BCSO Public Information Officer, Detective Tom O’Sullivan. “If he bonds and Probation and Parole doesn’t put a warrant out on him we have to let him go. I can tell you people on probation and parole are arrested every day. They do not put a hold on every single person that gets arrested.”

The other side of the system, through which Nichols fell through the cracks, is a Missouri law designed to keep offenders with warrants in other jurisdictions from being released from jail.

In 2001, Missouri lawmakers enacted a law nicknamed “Jake’s Law” after a six-year-old boy, Jake Roble of Independence, was dragged to his death while trying to escape from his mother’s stolen car. The perpetrator had recently been released from a county jail despite the fact that another county had an active warrant for the man’s arrest.

Jake’s Law requires law enforcement officials to make sure there are no outstanding warrants for an individual before they can be released from custody.

As stipulated by “Jake’s Law” the names of individuals in custody are run through two database systems right before they are released, the Missouri Uniform Law Enforcement System (MULES) and the National Crime Information Center (NCIC), before the jail can legally release them.

According to BCSO Jail Administrator, Captain Warren Brewer, a check was done on Nichols, and he did have warrants it two other jurisdictions, Webb City and Joplin, which were non-extraditable, which means those jurisdictions chose not to extradite him back to face the charges against him. So the BCSO was not able to detain him on those warrants either.

Nichols was released from the jail just a few hours before the murder and mayhem ensued in Moberly Easter Sunday.

“There are thousands of guys just like this out there. We don’t keep people that need to be locked up, locked up. And if you’re on probation or parole you have to kill people to get locked back up,” said O’Sullivan.

“The system let us down. Probation and Parole. I think we need to look at their whole system. It sounds like this was a persistent violator that didn’t have much concern for the laws and was participating in things that his parole officer had to know he was involved in,” said Munzlinger. “It just doesn’t seem right at all.”

More information about this story is featured in the April 10th issue of The Edina Sentinel.

To read our previous coverage of this story CLICK HERE.