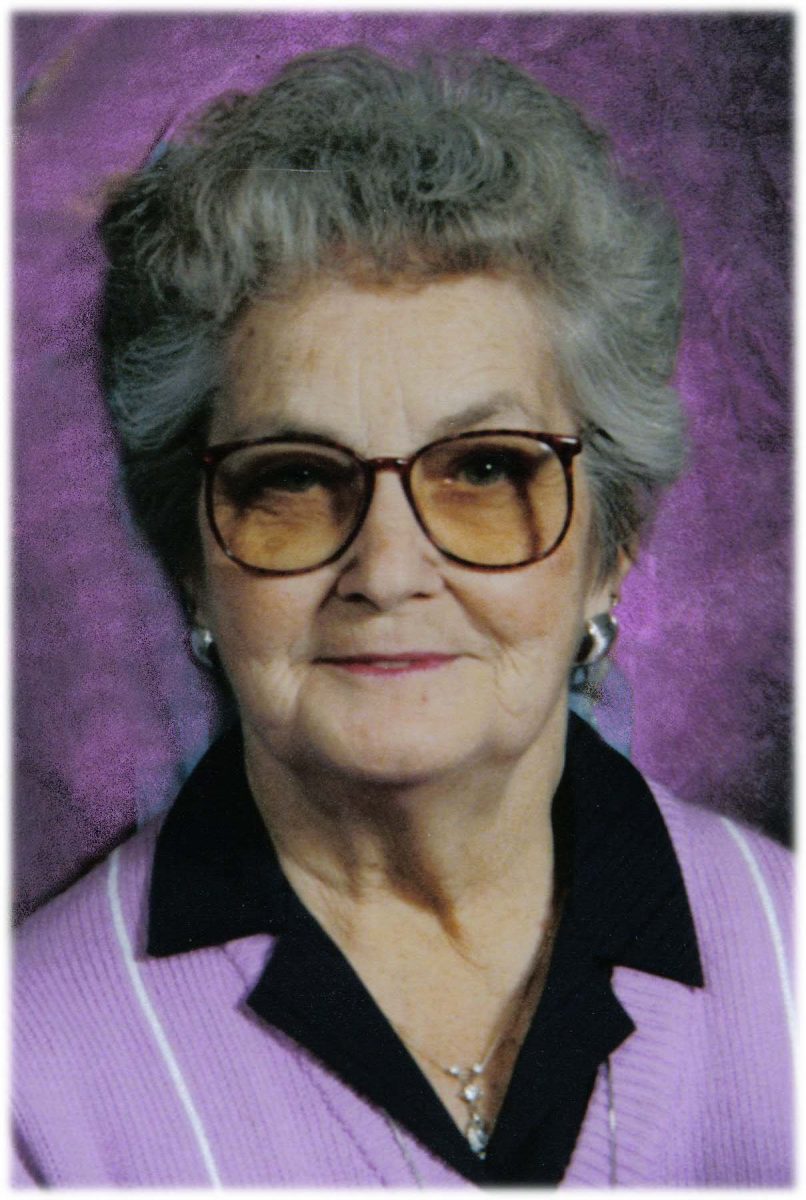 She was born on May 19, 1925, north of Hurdland, Missouri, the daughter of Charles Louis and Florence Elizabeth “Birdie” Stoner Kilbride.

She graduated from the Hurdland High School in the Class of 1943 and was a member of the Assembly of God Church in Edina, Missouri.

On April 4, 1944 Alice Jean married Donald V. McGlothlin and to this union three children were born.

She worked in the Glove Factory in Edina, Missouri, the Shoe Factory and McGraw Edison in Kirksville, Missouri before going to Beauty School in 1960. She owned and operated her own Beauty Shop for more than forty years.

Alice Jean worked at the Knox County Nursing Home and cared for her mother, in her home for two years before her death.

She was an avid quilter and did quilting for people all over the United States. Besides making quilts she did lots of sewing and crocheting, knitting, counted cross stitching and about every kind of crafts you could name.

She traveled extensively, including two trips to the Holy Lands. She loved to garden, camp, and attend Blue Grass Festivals but her main interest was family, especially the grand, great and great great grandchildren.

An expression of sympathy in memory of Alice Jean Crump may be left to the Hurdland Cemetery Association. A memorial may be left at or mailed to the Doss Funeral Home 208 N. 4th Street Edina, Missouri 63537.