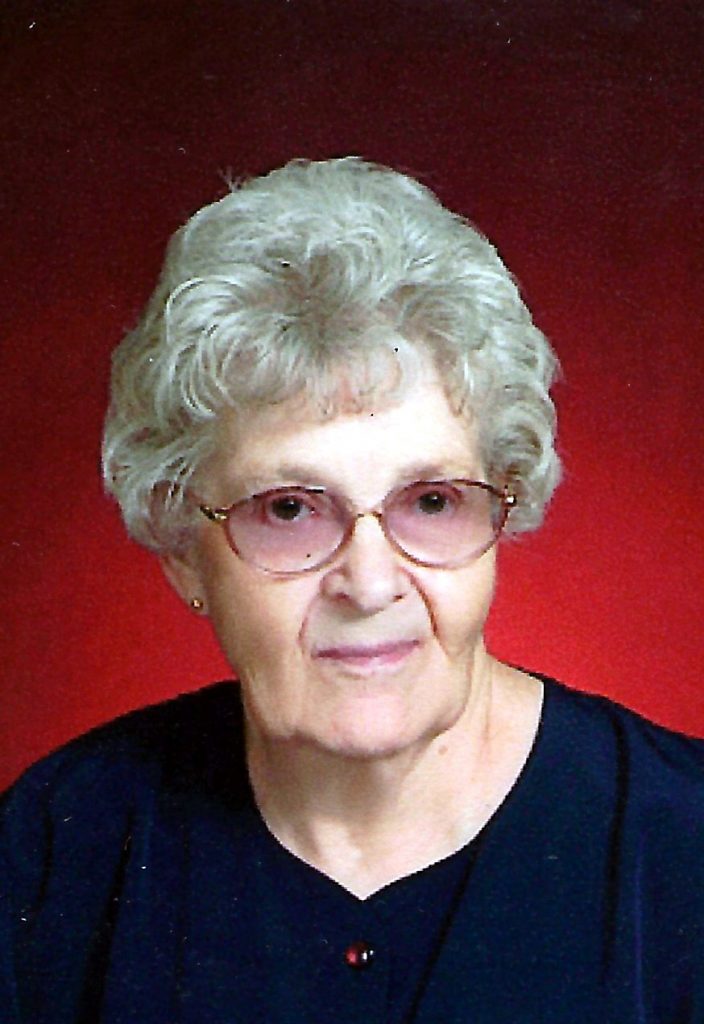 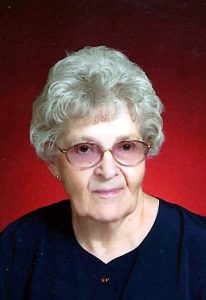 She was born October 5, 1926, at Hannibal, MO, the daughter of James Alexis and Anna Lucinda Yates Montgomery.

She was united in marriage to Sanford Rodney (Sam) Burkhardt on May 31, 1945, in Monroe City, MO and he preceded her in death on March 9, 2003.  Also preceding her in death were her parents, an infant son, two grandsons Paul Poore and Sgt. Travis Lee Burkhardt, one sister Mary Elizabeth Simmons, and four brothers, Roy Francis Montgomery, John Yates Montgomery, James Alexis Montgomery Jr., Robert Samuel Montgomery and one daughter-in-law Brenda Burkhardt.

Mrs. Burkhardt was raised at Monroe City, MO, where she graduated as Valedictorian from Holy Rosary High School.  She was a housewife and homemaker.  She and her husband moved to Edina in 1946. She assisted her husband Sam in his Radio and T.V. business.  She enjoyed spending time with her craft business and traveling with her husband to music engagements.

She was a member of St. Joseph Catholic Church and St. Ann’s Altar Society.

Music will be provided by Jim & Kyle Clark, vocalist and Nancy Reardon, organist.

Memorials in memory of Anna Cecelia Burkhardt may be made to the St. Joseph Catholic Church or the Knox County Nursing Home.  Memorials may be left at or mailed to Hudson-Rimer Funeral Home, P.O. Box 1, Edina, MO 63537.