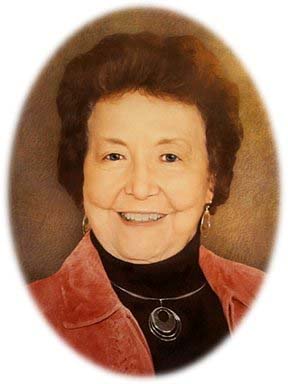 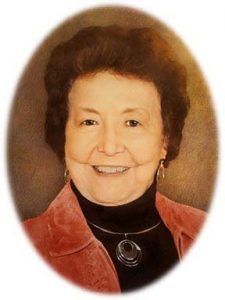 Mary was born on January 14, 1928, near Baring, Missouri, the daughter of William N. “Bill” and Grace Kurth Delaney.

She was raised in the Baring Community and attended the Baring Elementary and High School graduating in the Class of 1946.

On May 29, 1948, in Edina, Missouri, Mary Martha Delaney married Ray Jr. Cahalan, upon his return from World War II, and they celebrated fifty-eight years together.

Mary and Ray owned and operated the White Castle Station for nine years before purchasing the Ford Dealership and operated it as Cahalan Ford-Mercury-Chrysler-Plymouth-Dodge until their retirement in 1990.

She was a member of the St. Ann’s Society, the Edina Country Club, where she enjoyed playing golf with the ladies and the Baring Country Club. She enjoyed their home at the Lake of the Ozarks and enjoyed boating.

She loved to play Bridge with two different clubs in Edina but most of all she loved shopping with her girls, her children and grandchildren.

Mary is also survived by two sister-in-laws, Susie Cahalan of Edina, Missouri, and Dorothy and her husband Larry Kelly of Springfield, Missouri and; and a special aunt, Helen Delaney of Kirksville, Missouri; along with numerous nieces, nephew, cousins and  a host of friends.

She is preceded in death by her parents, Bill and Grace Delaney; her husband Ray Jr. Cahalan on July 7, 2006; a brother, Bob Delaney; a sister, Deloris Delaney in infancy; a sister-in-law, Mary Delaney; and a brother-in-law, Robert “Bob” Cahalan.

An expression of sympathy in memory of Mary Cahalan may be left to the St. Joseph Catholic Church, Mary Immaculate Catholic Church or to the Donor’s Choice. A memorial may be left at or mailed to the Doss Funeral Home 208 N. 4th Street, Edina, Missouri 63537.