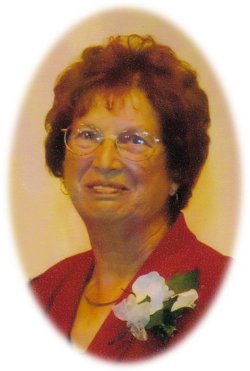 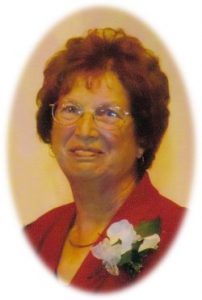 Bonnie was born in Petersburg, Illinois, on October 25, 1936, the daughter of King LeBeryl and Grace Ellen LeMaster Tuttle.

She attended Shipley grade school in Petersburg, Illinois and graduated from the Harris (Porta) High School in the class of 1954.

She worked a short time as a bank teller before they moved to Shelbina, Missouri. In 1964 Bonnie and Ted moved to Edina, Missouri when her husband started with MoDot. She did home daycare, worked as a cook at Edina Elementary for a number of years and as a waitress at the sale barn café. She achieved her cosmetology license and worked as a beautician for the LaBelle Manor before working as a care giver for Home Health. She also worked at the flower shop and Coffrin Shoe Store.

Bonnie and Ted worked a Kettle Corn Stand for more than 30 years at local and regional events. They were members of the First Baptist Church in Edina, Missouri.

She was preceded in death by her parents, LeBeryl and Grace Tuttle; a daughter, April Kay Mann in infancy; a brother, Wayne Tuttle; a sister, Joy Todd; and a brother-in-law, Richard Hopkins.

Burial will be in the Newark Cemetery in Newark, Missouri at a later date.

An expression of sympathy in memory of Bonnie Mann may be left to the First Baptist Church or the Knox County Relay for Life. A memorial may be left at or mailed to the Doss Funeral Home 208 N. 4th Street, Edina, Missouri 63537.