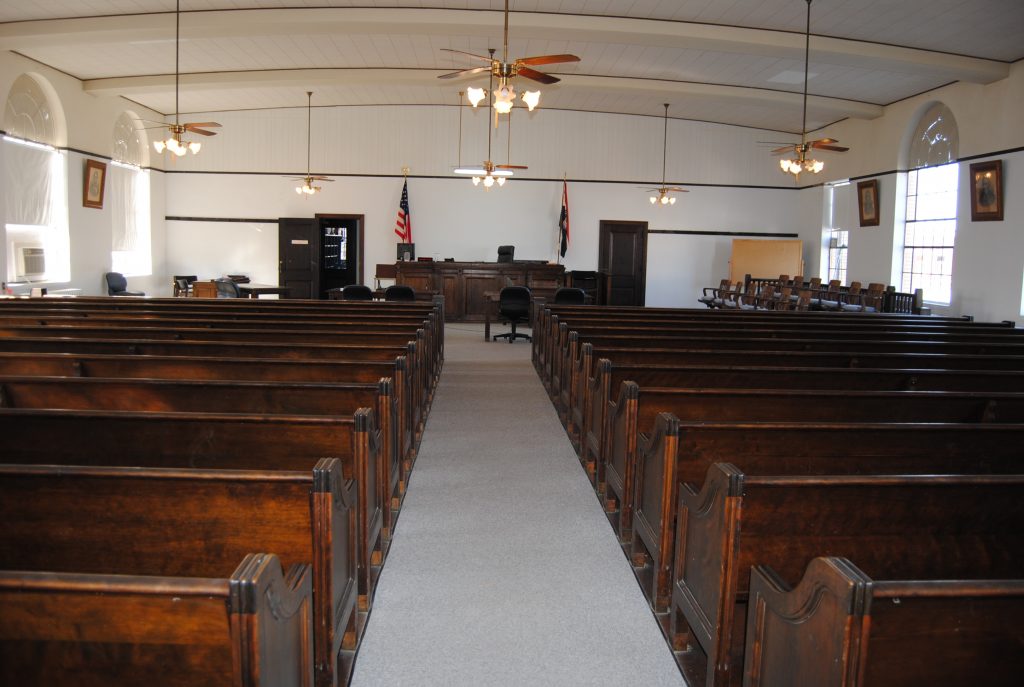 The sentencing marked the final chapter of a long drawn out legal gauntlet for the community at large, the KCSO, the Knox County Court system, Smith and his family.

The case began nearly 18 months prior, around the first of the year in 2012, when Smith was abruptly terminated from the sheriff’s office by former Knox County Sheriff Mike Kite after KCSO Chief Deputy Ryan Bishop discovered property, which belonged to the sheriff’s office, had been sold on the online sales website, E-Bay, from an account used by Smith.

This information was quietly leaked to The Edina Sentinel and was released to the public at the beginning of 2012, along with information pertaining to the fact that Smith had pled guilty to a theft charge in the past, which county officials denied knowing anything about.

To eliminate conflict of interest issues the investigation into the matter was quickly turned over from the KCSO and Knox County Prosecutor’s Office to the Missouri State Highway Patrol’s Division of Drug and Crime Control (DDCC) and the Missouri Attorney General’s Office. DDCC Detective Amanda Sapp and Assistant AG Monty Platz were assigned to the case.

In the months following, under the shadow of the open investigation, the Knox County Prosecutor’s Office dropped several criminal cases, one of which was a child molestation case, saying they could not prosecute cases investigated by Smith while he was employed as a deputy.

It wasn’t until late October of 2012 the state presented evidence against Smith and obtained a warrant for Smith’s arrest on two Class C felony charges, one “theft/stealing” and one “receiving stolen property.” 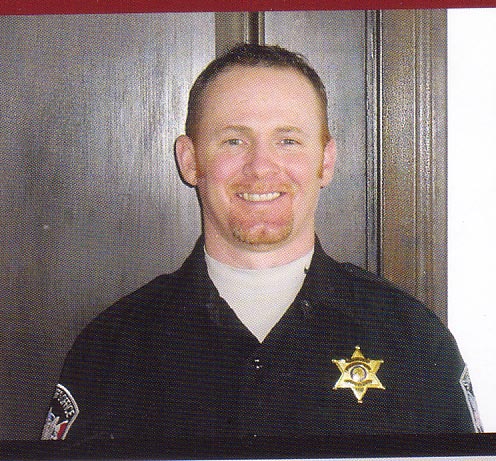 It was during the arrest on those charges, by a MSHP Trooper, Smith attempted to flea from custody, which led to another felony charge, a Class D resisting arrest.

Smith was held in the Lewis County Jail for a week before he was able to post and be released on bond.

The mood was solemn among the very few present in the big open space. The few people observing from the gallery were outnumbered by those in the well four to one. The judge, sheriff, court reporter, clerk, state probation representative, attorneys and defendant on one side of the bar, a grandmother and reporter on the other. Each with a stoic face quietly and intently listened as the judge, attorneys and defendant spoke in turn. The seriousness of the matters at hand weighed heavily on the room.

During the proceedings the state’s attorney, Assistant AG Monty Platz, asked the court for a sentence of: 30 days of shock incarceration, 100 hours of community service, restitution to include $1280 for the stolen radio, probation and that the felonies remain on Smith’s criminal record.

Platz made a passionate appeal to the court that Smith should be held to the highest degree of accountability because Smith’s disregard for the law while employed as a law enforcement officer did immeasurable damage to the public perception of law enforcement.

“It’s a violation. The fact that he was law enforcement and stole from the agency that employed him. People like him are the reason people don’t trust law enforcement,” stated Platz. “Mr. Smith should have to live with this on his record.”

Smith’s defense attorney, Lance McClamroch of Kirksville, passionately lobbied to the court for a “suspended imposition of sentence,” which means once the contingencies of the sentence are successfully satisfied the charges would be cleared from Smith’s criminal record.

McClamroch also requested that no more jail time be served outside of the seven days Smith already spent in jail last year, but did not dispute restitution, community service and a period of probation.

McClamroch implied to the court that the stolen police radio was mistakenly taken and sold by Smith and Smith’s attempt to flea from arrest was because he was taken by surprise and “in shock” at the time. He stressed that since the ordeal began Smith “has been paying” for his actions via the negative attention he has received from the community and the embarrassment and humiliation he has felt over the situation.

“Knox County is a small community. Everybody knows what he did,” stated McClamroch. “My client is genuinely sorry.”

Before a sentence was handed down, Smith read a lengthy apology letter aloud in which he apologized to the court, sheriff’s office and community.

“I plead guilty because I was guilty,” Smith humbly stated.

During the proceedings all sides, including Judge Steele, said much about the “damage” done to the “public trust” of law enforcement as a result of this case.

“It’s a higher level of stealing when you’re in a position of public trust,” said Judge Steele.

Ultimately Judge Steele handed down a “suspended imposition of sentence” to include: 30 days of jail time, minus seven days time served, to be completed on weekends at the Lewis County Jail beginning June 14, 2013; 5 years of supervised probation; 100 hours of community service and restitution ($1280 plus court costs and jail boarding bill).

While handing down his sentence Judge Steele candidly remarked that negative attention from the community was what happens when the public’s trust is betrayed and how “ironic” it was for a law enforcement officer to be spending time in jail.

After the sentencing had concluded Howard Smith stated he would be submitting an apology letter he has written to the community to the Sentinel for publication at a later time contingent on the recommendation of his attorney.

In the statement Koster is quoted as saying, “We hold our law enforcement officials to the highest standards of conduct. When an officer breaks the law he has committed to uphold, he must be held accountable.”

While the court proceedings have seemingly come to an end the effect this case has had on the community and law enforcement community will undoubtedly go on.

The apology letter, which was read aloud by Smith in Knox County Circuit Court, will be published in the June 19, 2013, edition of The Edina Sentinel.