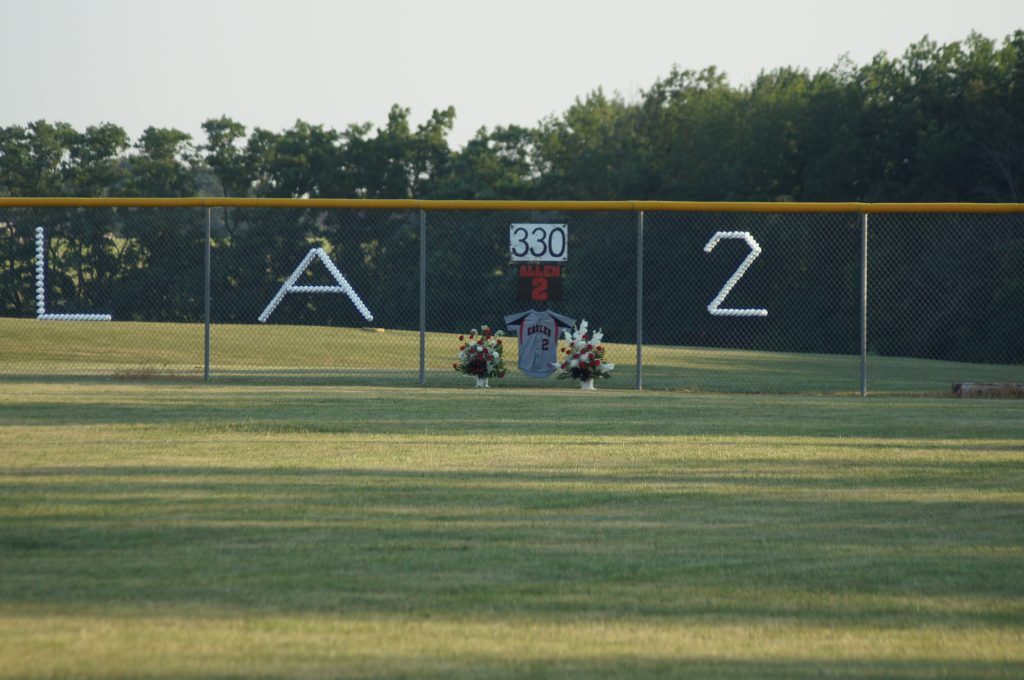 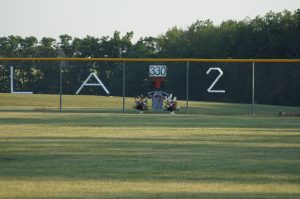 A large crowd made their way to the last home game of the summer season against the Clark County Indians who showed an amazing amount of sportsmanship during the game.

Also, the Knox County School District is offering free counseling to anyone in the community who wished to take advantage of the service. Call the KCR-1 School District at 660-397-2228 for more information.

The team will play a man down.

They are dedicating the honorary ninth spot, center field, to Logan Allen.

The Hudson-Rimer Funeral Home has released the funeral information for 15-year-old Logan Steven Allen of Edina. Logan is the late son of Steve and Sonya Allen.

According to the spokesperson for the Missouri State Highway Patrol’s Division of Drug and Crime Control (DDCC), Sgt. Erik Eidson, no official information is being released by DDCC at this time concerning the investigation into the tragic shooting incident in Edina Tuesday afternoon, July 9, 2013.

“We can’t say officially whether the shooting was an accident or not at this point because information is not being released right now. It’s a sensitive investigation,” said Sgt. Eidson. “Right now all I can say is that we are investigating.”

Yesterday grief counselors were available for community members and students to talk to, which was arranged by the Knox County R-1 School District.

According to a representative of the University Hospital in Columbia, MO, the teen injured in a shooting incident in Edina on Tuesday, July 9, 2013, has succumbed to those injuries.

Our thoughts and prayers continue to go out to the family and friends of the well-known local teen.

An Edina teen has been airlifted from Edina to the University Hospital in Columbia, MO, at approximately 3:00 p.m. Tuesday, July 9, 2013, after a shooting incident at an Edina residence on West Jackson Street.

The University Hospital is equipped with a Level 1 Trauma Center.

At approximately 5:30 p.m. the teen was listed as being in critical condition.

Many people are praying for this this teen in the tightknit community of Knox County.

The Missouri State Highway Patrol’s Division of Drug and Crime Control is leading the investigation into this matter.