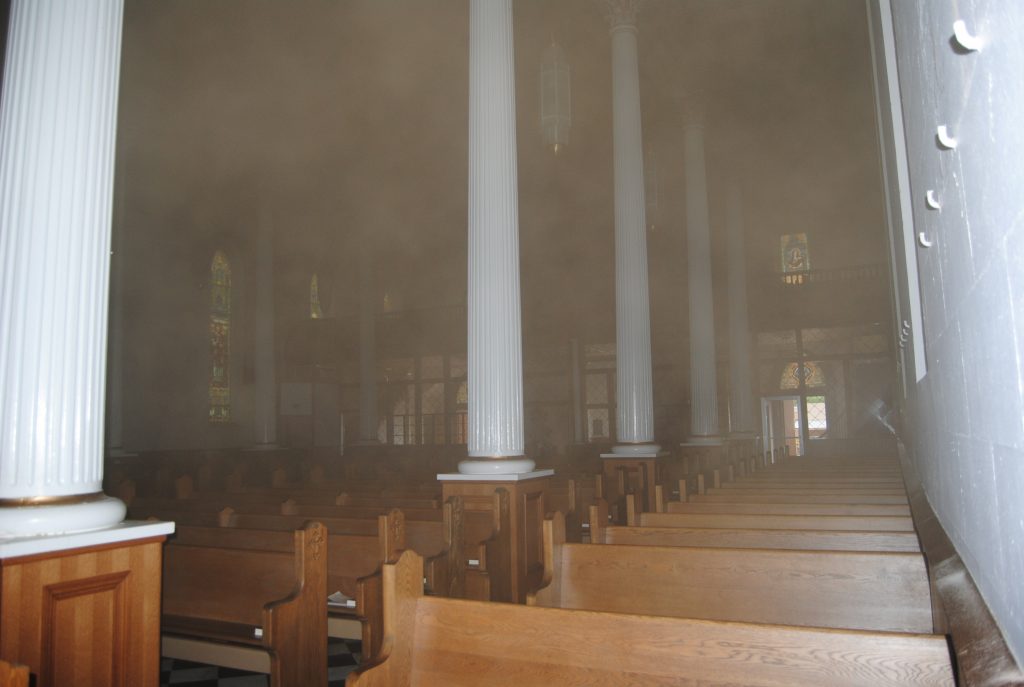 This cell phone video was taken by Echo Menges as fire crews were arriving to the scene of the St. Joseph Church fire in Edina at approximately 2:00 p.m. Thursday, August 15, 2013. The first minute of the video is VERY shaky.

The mood is somber in Edina this evening as many of the town’s residents are gathered watching firefighters work to contain the fire at St. Joseph Catholic Chuch.

There have been no injuries reported.  According to unofficial reports, all the statues and many other items were removed before the fire spread.  The pews and alter remained inside.

Echo Menges is on the scene, and has more video to upload later.  Check back for updates.

On Thursday afternoon, August  15, 2013, at approximately 1:45 p.m., every available volunteer fire fighter in and around Edina dropped what they were doing and raced to the St. Joseph Catholic Church on Main Street in Edina, which was on fire.

Upon arrival thick smoke could be seen billowing from the ventilation slats on the church’s steeple tower above the east entrance of the building and flames were shooting from a southwest window of the church, which is at the back end of the building.

As more and more fire crews from Baring, Knox City and Kirksville showed up Edina residents gathered and watched in disbelief, many of whom were praying for the safety of the dozens of men rushing inside of the building.

An Ameren Missouri crew was also on scene and used their bucket to detach at least one power line feeding the church.