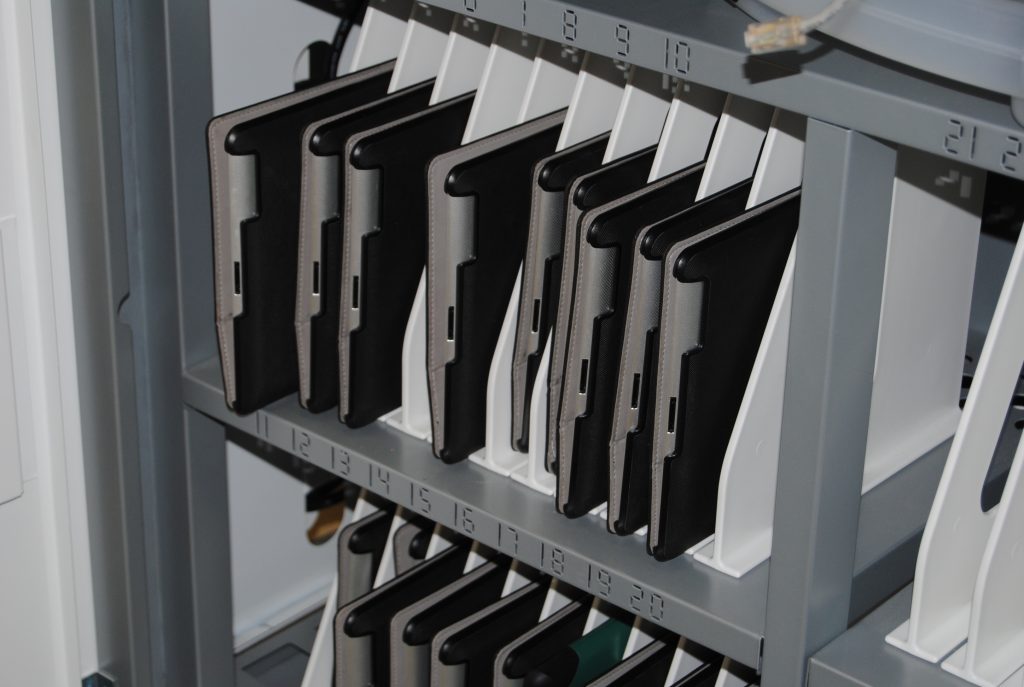 Knox County R-1 students are getting the opportunity to pilot a program, which will eventually put an Apple iPad in each student’s hands.

This school year is beginning with the launch of the program giving every student in grades six through 12 an iPad device and ten iPads per classroom for grades kindergarten through five.

“We got iPad minis for the littlest kids in grades K through two,” said KCR-1 Superintendent Andy Turgeon. “All of the research says that the smaller iPads are easier for the littler kids to manage.”

Students in sixth, seventh, ninth and tenth grades will each have an iPad to use throughout the school day, but will be required to turn the iPads in at the end of the day.

Students in eighth, 11th and 12th grades have each been assigned an iPad, which they will carry with them throughout the day to their classes and take home with them at the end of the day. They will be responsible for keeping their iPad secure and charging the batteries before the next school day.

Before students were allowed to obtain their iPads for the take home program they and their parents were required to attend an informational session before the start of school, purchase insurance for the device, sign and agreement and receive an instructional handbook.

“We’re starting with the pilot program so we can iron out any kinks before we start sending iPads home with all of our students,” said Turgeon.

In total 360 iPads will be used by KCR-1 students including 114 iPads that are being used for the take home program.

“It’s an exciting opportunity for them,” said Orton.