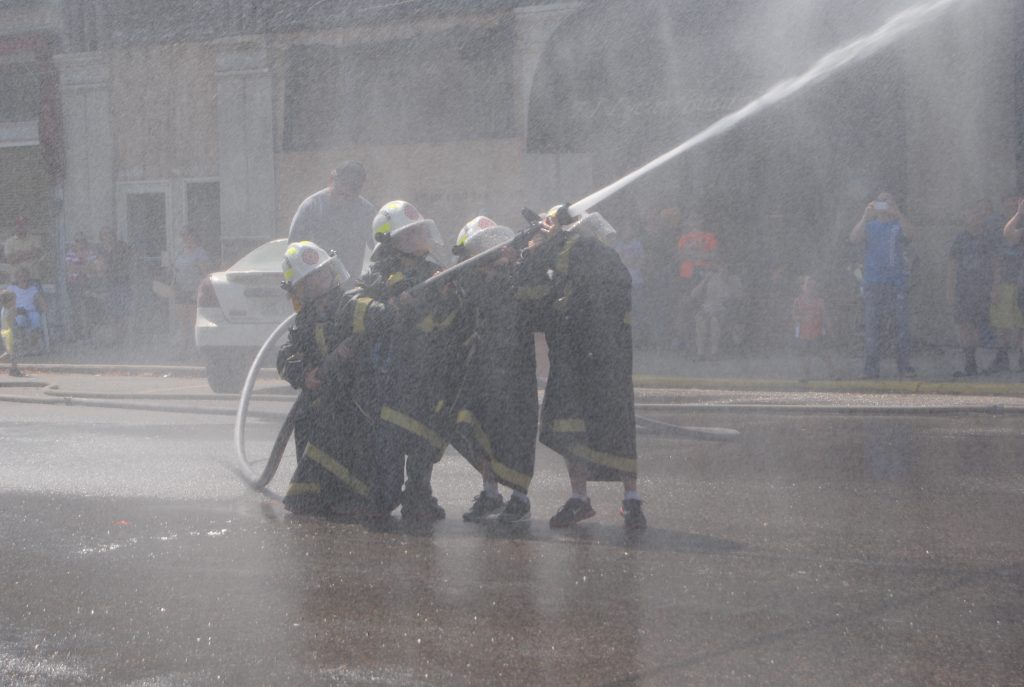 Sunday afternoon, September 8, 2013 the Knox County Cornfest Fire Hose Tug-o-War was held at the intersection of Main and Monticello Streets, northwest of the Knox County Courthouse. Teams kept cool by shooting each other with fire hoses while using the pressurized water to push a plastic barrel past the opposing team.

This video is of the last tug of war of the afternoon. The winning team took first place in the competition.

More photos and contest winners will be in the next two issues of The Edina Sentinel (Sept. 11 and 18, 2013, issues). Check back later this week for a link to hundreds of photos taken at this years Cornfest!