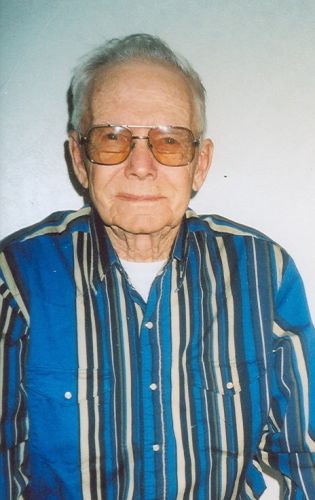 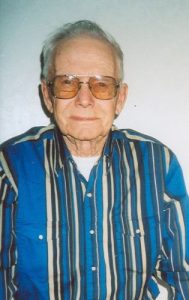 Joe Dean Lewis, one of four children of Verdie May (Carmack) and Harmon Virgil Lewis, was born on October 25, 1921 near Oakland, Iowa. Joe attended Sharon Country School in his younger years and the family moved to the Carson, Iowa area, where he attended school, and graduated from Carson High School in 1940. He helped his parents on the farm until 1942 when he entered the United States Army Air Force and served his country as an aircraft mechanic. Joe was honorably discharged in 1945 and returned home to help with the farming.

Joe and Wilma Maude Batten, of Macedonia, Iowa, were married on February 16, 1946 in Omaha, Nebraska. They established their home on a farm southeast of Oakland. In November 1951, Joe and Wilma purchased a farm southeast of Edina, Missouri. The property had an airport and Joe enjoyed his pilot time. In addition to operating the family farm, Joe worked for the Missouri Department of Transportation for 21 years. Their marriage was blessed with two beautiful children, Joey Dean and Tamy Jean. Joe and Wilma became members of the Edina First Christian Church on August 30, 1955. Many of Joe’s enjoyments included woodworking, reading, hunting and fishing. He was a member of the Carson Legion Post 556.

In 1996, Joe and Wilma celebrated their 50th wedding anniversary, sold their farm, retired and moved into the town of Edina. On May 6, 2004, they sold their home and moved to Carson to be closer to their family. They became members of the Carson United Methodist Church on February 5, 2006. One of their proud accomplishments was reading the entire Bible. They celebrated their 60th Wedding Anniversary in 2006. One of their many enjoyments was eating tacos at Taco Bell.

Graveside services were held September, 16, 2013 at 10:30 a.m. with military honors in the Carson Cemetery in Carson, Iowa under the direction of Loess Hills Funeral Home in Carson, IA.