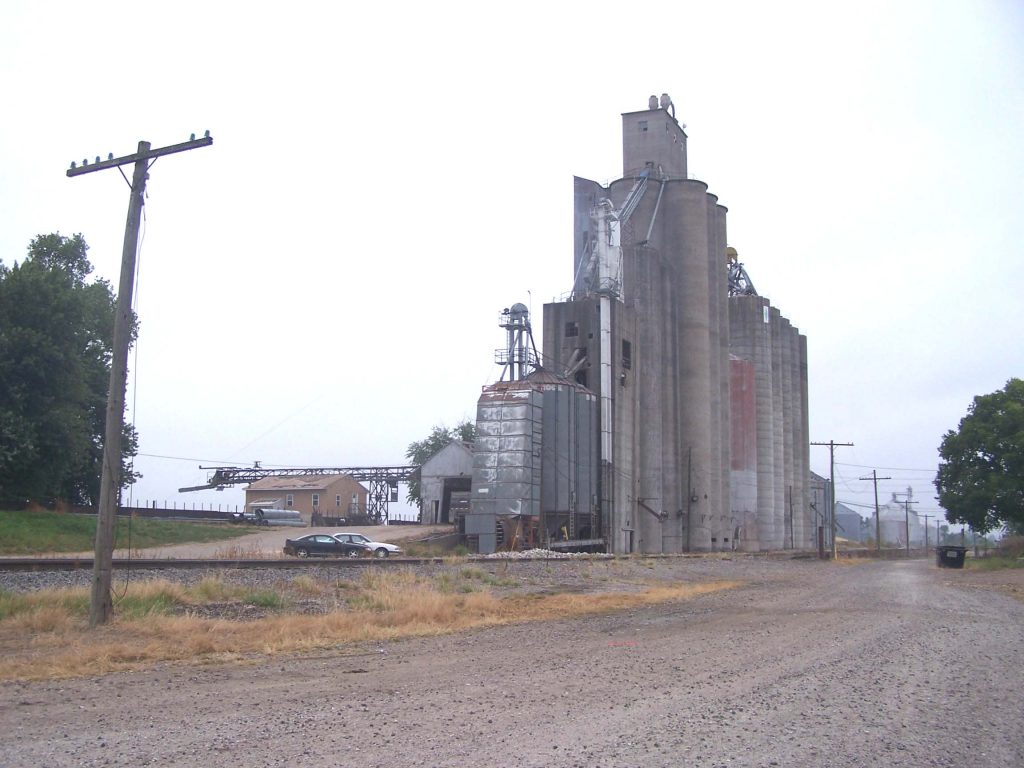 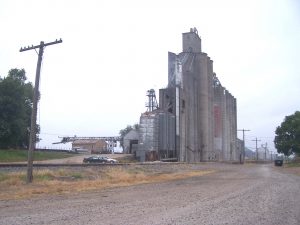 After working at the Farmer’s Elevator in Wayland, Gabe Logsdon bought the Wayland facility in 1946, according to his grandson John Logsdon, who serves as Manager of the Gabe Logsdon & Son Elevator at that location. Mr. Logsdon would also buy the Gregory Landing facility the following year in 1947. In 1948 it would become incorporated.
Since that time to the present day, the Logsdon family as well its staff has provided a welcomed service for area ag producers.

All things eventually change and effective September 16 Ursa Farmer’s Coop will be the new owner of the two facilities. John Logsdon had these comments about no longer being in the facility:

“I will miss our many valued customers who have been so steadfast and loyal and supported us over those many years. It has been a pleasure to serve this community.”
Steve Logsdon serves as the Manager of the Gregory Landing facility.
After learning what Ursa Farmer’s Coop plans for the elevators are, I interviewed Mr. Roger Hugenberg, who serves as Assistant General Manager. Mr. Hugenberg gave his background in agriculture.

“I was born and raised on the family farm in IL. I spent nine years with Ursa Farmers Cooperative and left to work as the Vice President of Ag & Business for FCS Financial (Farm Credit) in Missouri. I worked there for ten years before coming back to UFC. I came back to UFC to manage the construction of the new Canton, MO facility in 2012 as the Assistant General Manager and MO Facilities Manager,’ said Hugenberg”
The following questions posed to Mr. Hugenberg and his response.

When does Ursa Coop officially take over the two elevators?
“The scheduled closing is for Monday September 16th.”

Who will be the Manager or Managers of the two facilities?
“UFC was fortunate to retain all but one of the current employees at both Gregory Landing and Wayland. This individual was offered a position, but did not accept.
John Logsdon (at the Wayland location) will be directly responsible for both locations and will serve as the Divisional or Locational Manager at Wayland and Mark Logsdon will be the Divisional or Locational Manager at Gregory Landing.”

How many facilities does the Coop have and how old is the Coop?
“Ursa Farmers Cooperative was organized in 1920. We are a member-owned cooperative now with nine locations. The main office is in Ursa, IL. We have river terminals (barge loading capabilities) at Meyer, IL, Warsaw, IL and now Canton, MO and Gregory Landing, MO. We have inland locations (country elevators) at Loraine, IL, Camp Point, IL, Bowen, IL and now Wayland, MO.”

What will the change of ownership mean to the employees and how many employees does the two facilities have?
“Employees at the two new locations should see no real changes. Many will have the same job responsibilities. Ursa Farmers Cooperative offers to its membership a large identity preserved crop program. This will mean new customers to both locations. UFC also offers many new features and benefits to its membership that will now be offered to this customer base. Total UFC employees now will number around 76-80 including some part- time seasonal help.”

What will the change of ownership mean to the local ag producers who use the two elevators, if any?
“ UFC is member-owned and will distribute profits as a result of operations back to its owners. Patrons will have greater access to marketing assistance, crop insurance support, seed (UFC is a Lewis Hybrids dealer), feed (UFC is a Purina Land-O-Lakes dealer) and access to new markets.”

Will there be any renovations made to the two plants or other changes made, or any changes planned for in the future of either plant?
“Yes; UFC will actively look to increase efficiencies and increase services offered to its customer base.”

“UFC is excited to expand its trade territory and looks forward to continuing the rich tradition that both businesses provided the membership of the communities served. UFC will also look to expand its current seven-member board of directors to include representation from the new trade areas,” said Hugenberg.

A public meeting was held on Tuesday September 10th at the Hawkeye Restaurant in Keokuk, IA. There were fifty-two current participants that came to ask questions of UFC during this transition. Many positive comments were shared and great hope was extended that the strong Logsdon relationship transition to UFC with its customer base.”