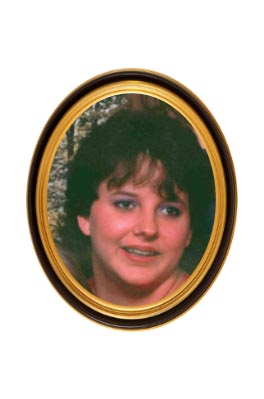 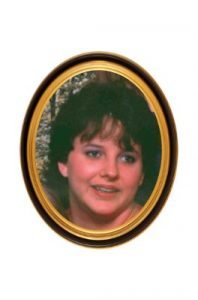 Kena Lynn Jayne, 47, of Memphis, Missouri died Monday morning, October 7, 2013, at the University Hospital in Columbia, Missouri. The daughter of Thomas G. and Janet M. Poston Robison she was born January 23, 1966 in Ft. Worth, Texas. She spent her childhood living in different areas, as her dad was in the military and stationed in Germany, New York and later Kirksville, Missouri. She attended the Kirksville schools before she met and married Mark Jayne, her husband of 25 years, on May 22, 1988 at Kirksville, Missouri and to this union four children were born: Megan, Eddie, Whitney and Savannah.

They lived in Memphis for over 23 years, she was employed at J’s Foods in the deli and a caregiver for the Scotland County Care Center for several years when not spending time at home to take care of her family, including her husband, children and grandchildren whom she dearly loved. She also had many children whom she claimed and treated them as her own.

Some of her interests included being an avid collector of penguins, a stuffed animal lover, looked forward to her favorite holidays when she decorated for both Halloween and Christmas. She never knew a stranger and loved to visit with friends and anyone that had a little time to share with her. She was a caring wife, mother, daughter, neighbor, friend and caregiver doing what she could for others. She loved and adored Mark and liked being surprised with gifts from him as well as the care he gave her.

She was preceded in death by her grandparents, mother, Janet Poston Robison and her son, Eddie Jayne

Memorials are suggested to the family for their discretion and can be left at or mailed to the Payne Funeral Chapel, 202 E. Madison St., Memphis, Missouri 63555.

Memorial services were held at the Payne Funeral Chapel in Memphis Saturday evening, October 19, 2013, at 7:00 P.M. with Charles Hammack officiating.

Arrangements have been entrusted to the Payne Funeral Chapel in Memphis.