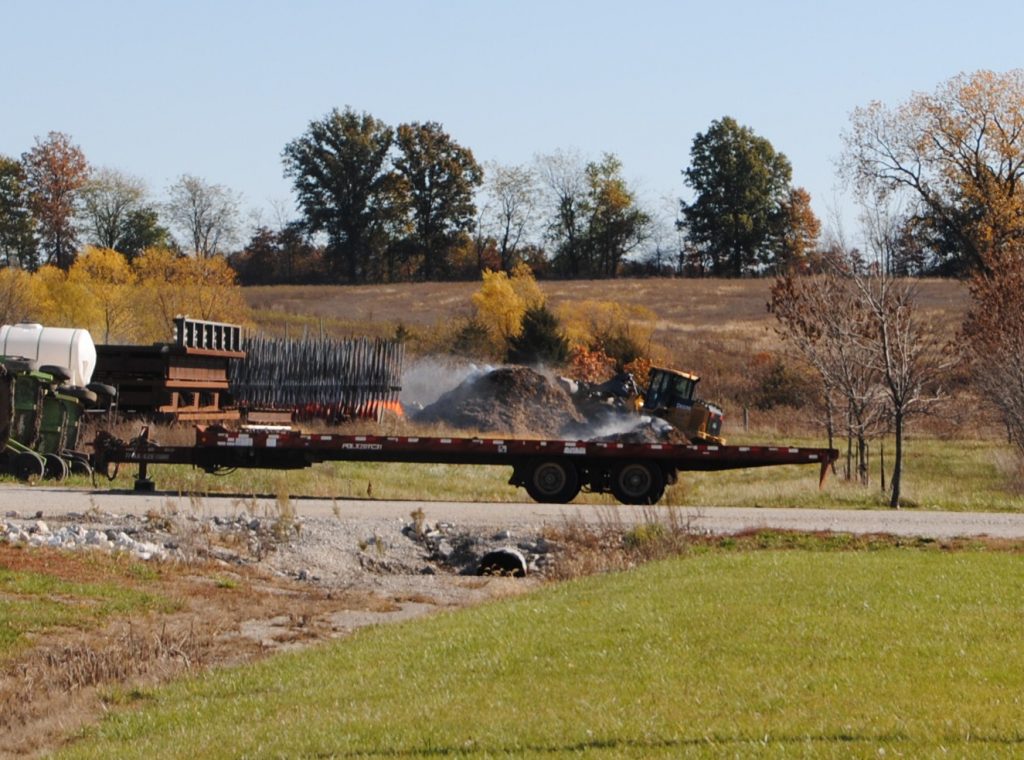 On Sunday morning, November 3, 2013, at approximately 10:30 a.m., the Edina Fire Department and Knox County Rescue Squad were called to a fire at the state barn off Highway 15 just north of town.

According to a member of the Edina Fire Department the call was a false alarm.

Smoke could be seen from the highway coming from a burn pile, which had been burning for several days. Firefighters found that the fire was under control and returned to the firehouse.