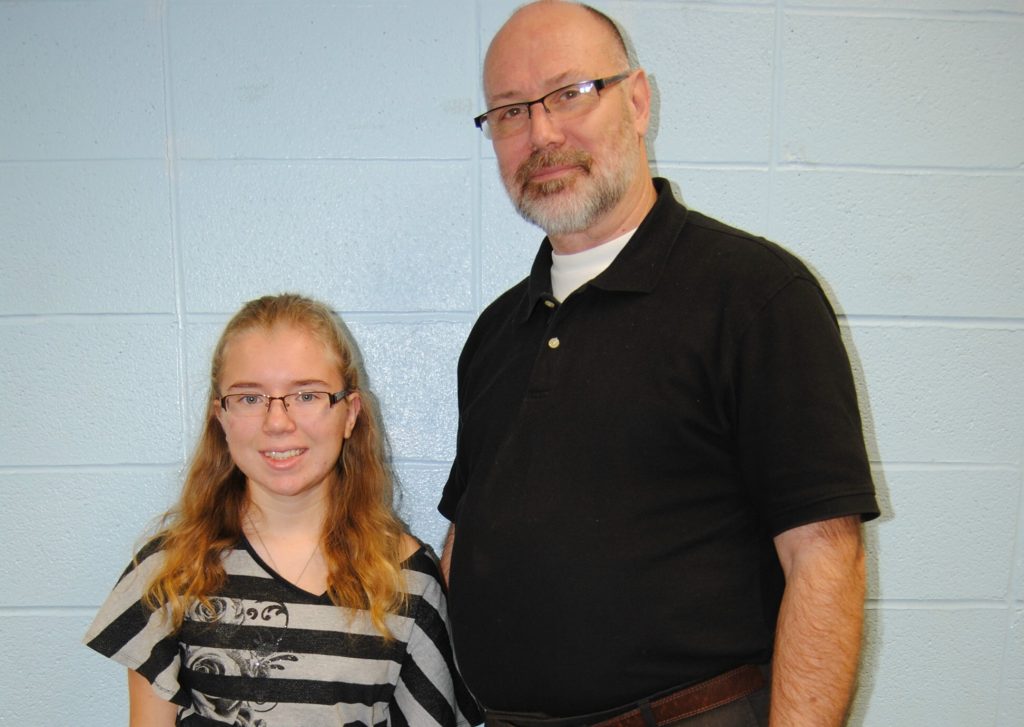 According to Knox County High School Honor Choir Director, Ric Kocher, one of his students, Lauren Johnston, 16, of Edina has been selected to be in the Northeast Missouri All-District Choir.

Johnston auditioned for a coveted spot in the choir on September 24, 2013, in Warrenton, MO, singing a solo called “I Love His Eyes” by Sir Henry Bishop and performing a sight-reading piece, which is reading and performing a piece of music she had not seen before during the audition.

When Johnston was notified she earned a spot in the alto section of the Northeast All-District Choir she began practicing, with her teacher, Mr. Kocher, immediately.

Johnston and Mr. Kocher went to Moberly High School on Monday, November 4, 2013, where Johnston and over 100 other students spent the majority of the day practicing. Johnston, who is a junior, practiced with other juniors and senior students from around the Northeast District with Dr. Charles Robinson of the University of Missouri-Kansas City Conservatory Directing. The choir gave a concert at Moberly High School that evening.

Lauren Johnston is the daughter of Jennifer Logan and Chris Johnston. She is a native of Edina.