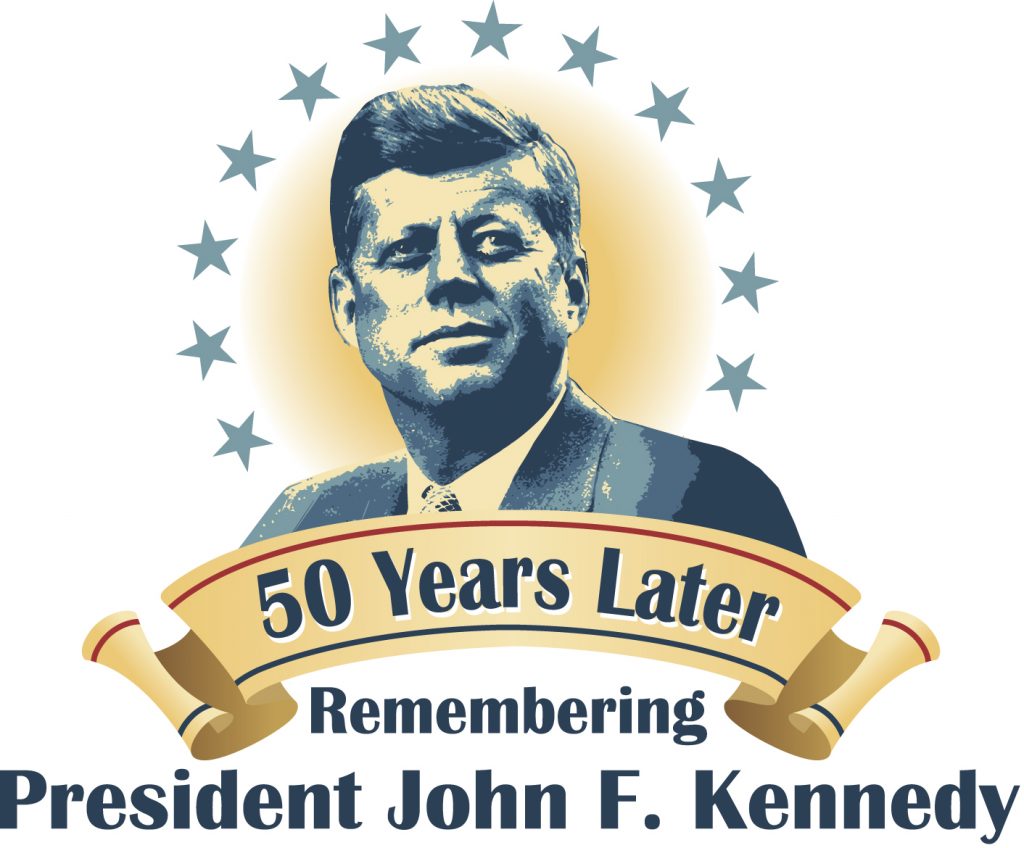 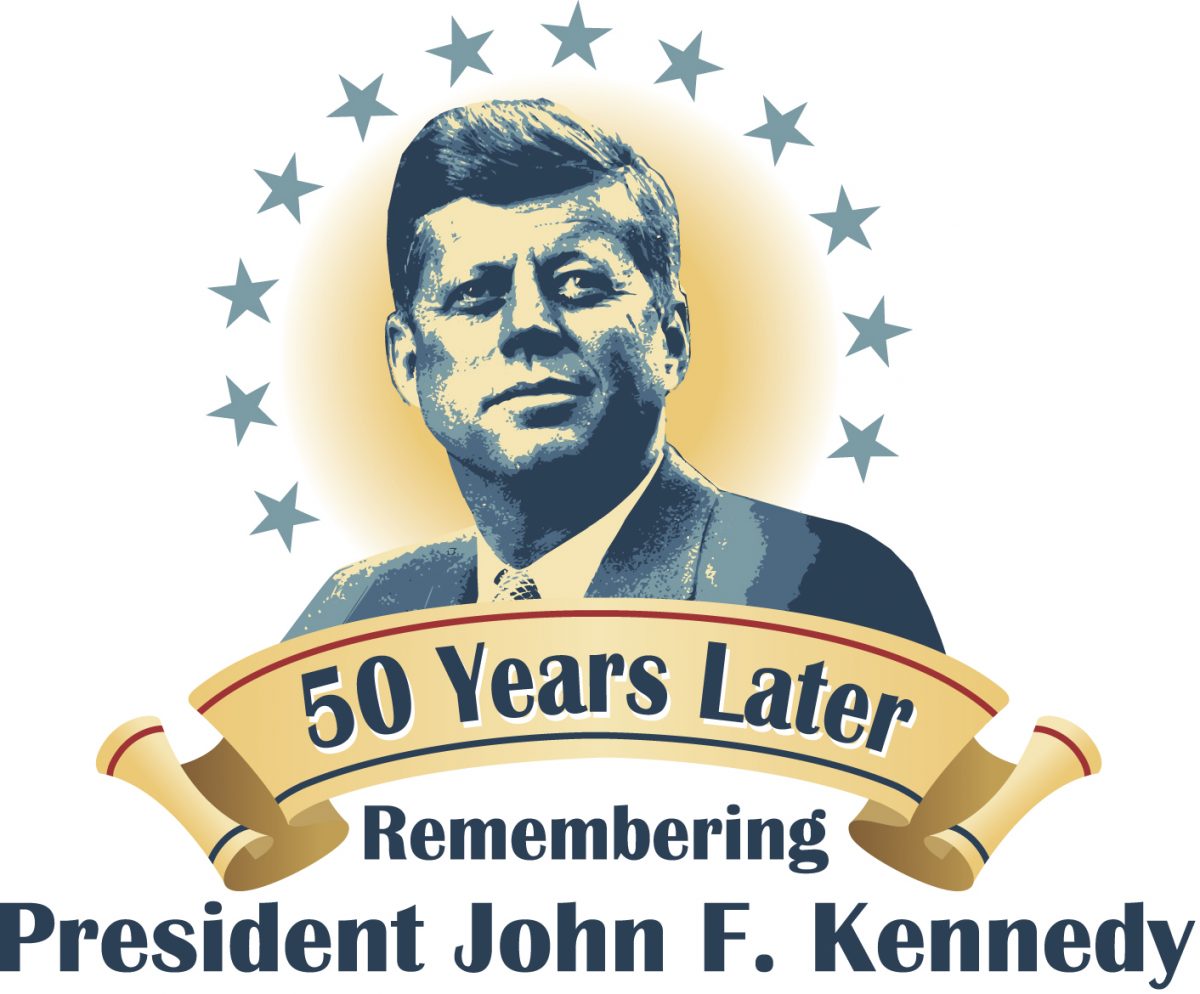 Mike Whiston:  The day started out as a normal Friday in November.  I was 13 years old and in 8th grade at Canton Junior/Senior High School.  My friends and I had just finished lunch and went to the gym where we dressed for 5th hour PE Class.  Our routine was to get out the basketballs and shoot baskets until the bell rang. Coach would come out of his office and we would put up the balls and begin calisthenics.

The first thing that made this Friday different was when the bell rang signaling the beginning of 5th hour, coach didn’t come out of his office.  I remember thinking this was really cool because shooting baskets was a lot more fun than calisthenics and running laps.

After about 20 minutes, a friend came from coaches office and said to me, “Kennedy’s been shot.” It took me awhile to process what he just said.  “Who” I asked.  “President Kennedy has been shot in Texas.” The sound of all the basketballs bouncing stopped and our whole class gathered around Coach Bill Whitakers office.  I will never forget the pale, empty, long look on his face as he listed intently to a small radio in his office.  I heard the broadcaster on the radio say “President Kennedy has been taken to Parkland Hospital.”

I said to coach, “He’s still alive!”  Coach replied, “He’s dead, they just aren’t saying it yet.”  Coach told us to dress back into our school clothes and shortly our principal spoke over the intercom telling the whole student body that President Kennedy had been assassinated and school would be dismissed early.  What started out as a normal day, turned into a day and time I will never forget.

Sandra Ebeling: I was attending school at a rural country school with no telephone!  One of the parents drove to the school to let teacher know, and we all went home early.  I can remember sitting on the floor in front of our very small tv and watching the detailed coverage of this disaster in awe of the events.  I was 9 years old and can still remember every detail of Jackie’s bloody suit to LBJ being sworn in on the plane.  I have always followed the Kennedy family and stories every since that day.

Darlene – I was at home on West Clark Street, Kahoka and listening to the radio when they interrupted the program to announce that President Kennedy had been shot and killed in Dallas, Texas.

I called Jack at the store (J. Burdman Auto Parts) and said to him, “The President has been shot – what’s going to happen now?” I had never lived through such an incident in history and I was shocked.

Jack- I was working for Mr. Burdman at J. Burdman Auto Parts on the north side of the Kahoka square and was waiting on a customer when the phone rang and it was Darlene telling me the news. My first reaction was “Oh, my gosh.” Then I said, “I wonder if they caught who done it.”

I told her that the Vice President would take over and we would go on. But you have to wonder what would have happened if Kennedy had been allowed to finish his term and what it would have meant to the history of our country.

Kathy Wilson: I was in grade school at Wayland Elementary when I heard. We spent the weekend watching TV. My mom made home made pizza that night and couldn’t eat pizza again for years. I remember it being a life changing event but at that time wasn’t sure if/how it was going to change mine. It is a time in my life I will never forget.

Janice Yates: I was a freshman in high school, when a classmate returned to school from lunch and told us that President Kennedy had been shot. We were allowed to listen to some of the radio broadcasts in total disbelief.

Clinton Kirchner: I was attending grade school in St. Patrick. I was 11 years old. I noticed the teachers getting together discussing something. Some of then were upset, you could see they had been crying. Later they told us President Kennedy had been shot in Dallas.

I was just a kid at the time, it wasn’t till years later I realized just how much we lost that day, as a people and a nation.

Connie Gregory: I was 8 months pregnant with my first child and ironing my husband’s white shirts.

Sue Scott, Otho, IA: At my locker before going to my 7th grade science class.

Eva Hudson: Where was I on November 22, 1963? At home on the farm, when unexpectedly Joe, our son,  arrived home from school. He’s 10 years old and attending Luray School. When he came through the stairs in the basement he said, “Kennedy has been shot!” Needless to say just like all of us Americans, whether you were born in the US or like Joe and I naturalized Americans, it was a great tragedy! As anyone who heard the sad news it was a shock, unbelievable! Usually Joe arrived home approximately at 5:00 pm, the last one on the school bus that Owen Hawkins drove, and the first one to be picked up in the early morning, 6:45 am, and walked to and fro ½ mile 5 days a week.

I turned the television on and sure enough the major networks (only 3) ABC, CBS, and NBC (channels 3, 7,10 respectively) were covering the shooting and it remained on till after the late news.

Later in early 1964 George, Joe and I were on our way to Monterrey, Mexico to see my family. We rode the A.T.S.F. at that time from Wyaconda to Dallas. We missed the connection to Laredo, Texas, instead we walked to Dilay or Dealy Plaza and saw the infamous School Book Depository and white monument (?) where supposedly a second gunman may have been with the same idea as Oswald, Harvey L. I don’t remember if George took his camera he had when he was in Korea. As you can imagine our family and not only them, but all Mexico felt the loss. When we returned, I cannot recall if we went back, or if we just continued our way back to Wyaconda. And because of the popularity of President Kennedy an avenue or street was named in his honor, same as to honor The Father of our country the USA, George Washington. I grew up scarcely 2 blocks from it, it ran from east to west and still so.

I did write to Mrs. Kennedy as when they visited Mexico, before his tragic death. She spoke fluent Spanish, so they had the goodwill of the Mexican people, and not only there, but in Japan. Oh yes, did you now that when I was sworn in as a Naturalized US Citizen in Hannibal, MO on May 29, 1962. Later I learned than was President John F. Kennedy’s birthday!

Thank you for the opportunity to share with your readers the “Special Bond” I share with President John Fitzgerald Kennedy.

Mikie O’Bryant: I was working at U.S. National Bank in Pacific Beach, CA.  Our bank had a telephone operator who sat high up on a riser so that she could see all the bank.  Her husband was retired and was at home to see the announcement on TV.  He called the bank and told his wife.  Marie stood up and shouted to every that “President Kennedy has been shot”. It was a very sad day.