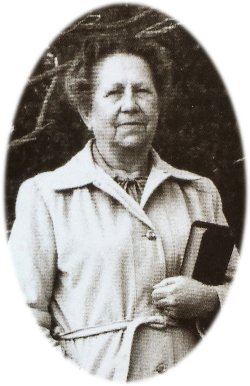 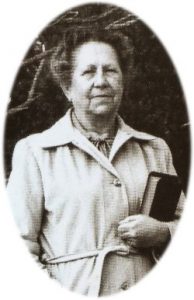 Eloise was born on November 11, 1923 in Sparta, Wisconsin, the daughter of Lawrence John “Frenchie” and Effie Bean Marx.

She received her education in Sparta, Wisconsin before going to seminary school with the Salvation Army. While serving in the Salvation Army she met another officer, Charles Raymond Shoults, Jr. and they were married September 8, 1944. To this union twelve children were born. Her husband Charles served his country in the United States Navy and they moved around the country as his service required, living in Hawaii and later Washington D.C. She was a “Blue Star” mother, with children serving in the United Sates Military for over forty continuous years.

Eloise returned to Northeast Missouri and received a Bachelor’s in Education from Northeast Missouri State University in Kirksville, Missouri and went on to St. Paul’s Seminary School in Kansas City, Missouri. She served churches all over the state of Missouri before settling in Knox County and serving several Methodist Churches in the area. She enjoyed her ministry and was a guest speaker, performed marriages, and filled in as a guest minister all over the state up to her 83rd birthday.

Eloise was a member of numerous Methodist Churches in the area and spread the Word of God with everyone she met.

An expression of sympathy in memory of Eloise Shoults may be left to the Hospice of Northeast Missouri or the Paralyzed Veterans of America. A memorial may be left at or mailed to the Doss Funeral Home 208 N. 4th Street, Edina, Missouri 63537.