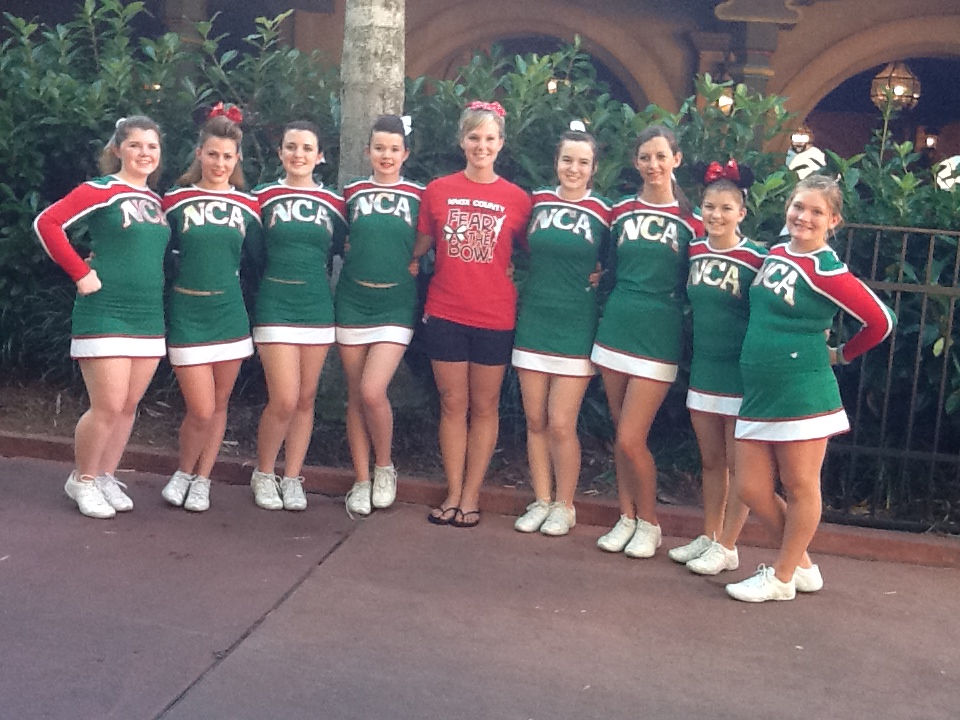 The National Cheerleaders Association (NDA) and the National Dance Alliance (NDA) celebrate the season in style at the Magic Kingdom®.

Over 600 performers including Knox County R-1 High School cheerleaders gathered at Disney’s Coronado Springs Resort at the Walt Disney World® Resort from December 5th to December 8th to perform in the Disney Parks Christmas Parade which is televised on Christmas Day on ABC.

The participants, originating from 36 states, were cheerleaders or dancers who qualified at one of NCA or NDA’s Summer Camps across the country. Cheer participants had to receive an All-American Award, Top Team Award, or Champion Chant Award to qualify to attend and dance participants had to receive a Team Award, Team Leader Circle of Winners Award, All-American or Gold Recipient in Team Dance Circle of Winners. This select group represents the best all-around cheer and dance talent attending one of more than 400 NCA or NDA Summer Camps held each summer.

In just two short practices, the group perfected the performance in the parade. This high energy routine wowed the thousands of spectators, along with host Neil Patrick Harris, watching the parade.