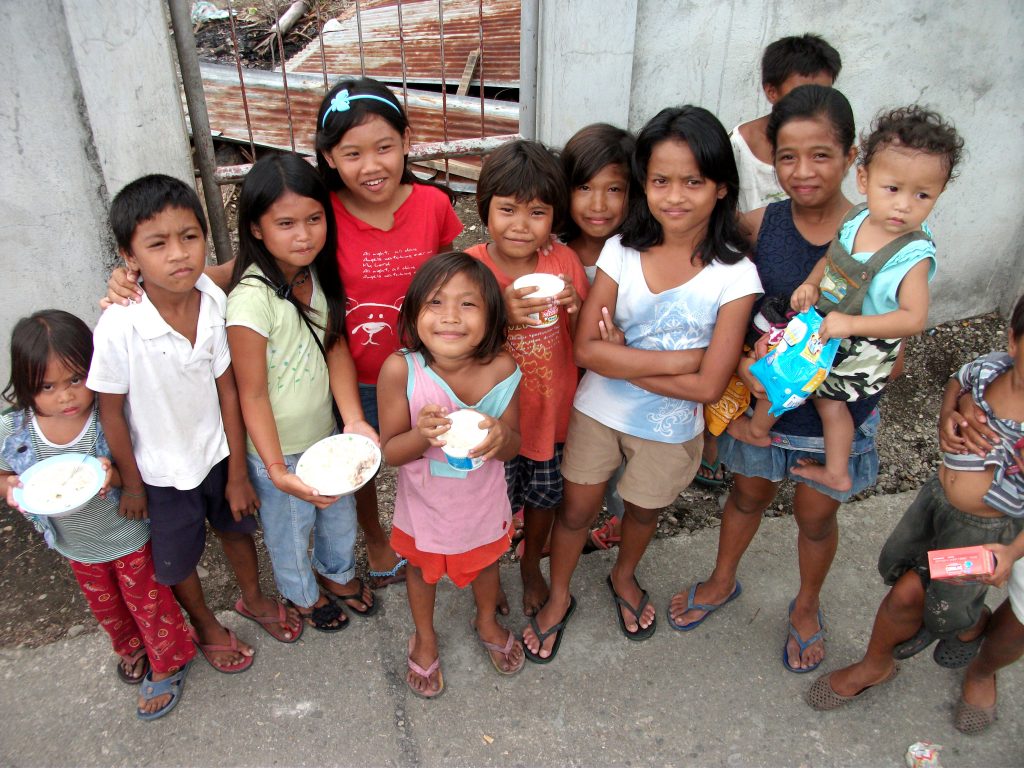 Over a hundred people showed up from all over the Tri-State Area. The event raised $ 5,125. 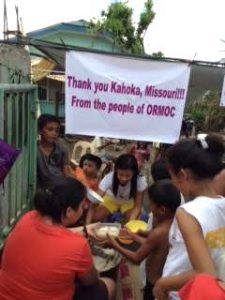 The people of the Republic of the Philippines particularly those from the province of Ormoc, Leyte would like to extend their gratitude to the residents of Clark County, Missouri for the generous contribution they gave to the Dine to Benefit event held last November 23 at the Trump Heritage Haus.
A relief operation was conducted the first week of December in Ormoc which made the residents’ Christmas come in early. A special “Thank You” to Mrs. Marvis Trump, Clark County Pharmacy, The Media and the Catholic churches of Clark County.

A relief operation was conducted in the city of Ormoc, Philippines on Dec. 8 benefiting mostly children as the goods distributed were form

ula and cereal. The volunteers claimed, the children not only wore their best outfits but wore their best accessory as well… their smile. Their barangay (town) was so remote that not even help from other foreign countries reached them… until help from us (Kahoka) came. All the while, volunteers thought this is the perfect Christmas gift we can offer to the victims but instead they felt they were on the receiving end. The joy brought by the donations provided a realization that our desires are incomparable to their simple needs in order to survive. We may not be able to provide all their necessities in life but we did offer hope. Hope in humanity that amidst all the chaos 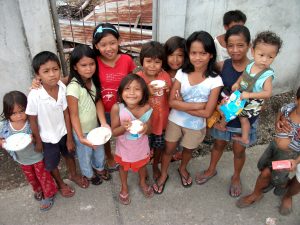 in the world, there are still people who have less in life but give so much more with no expectation of recognition.