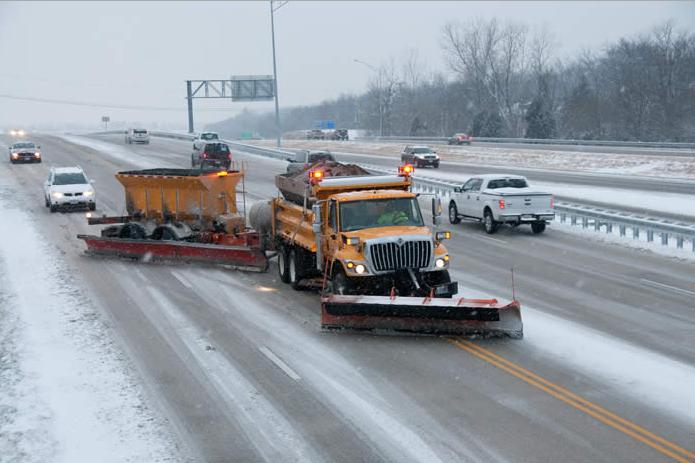 COLUMBIA, Mo. – The polar vortex that brought bitter cold temperatures to Missouri in early January left some Missourians lamenting that it’s never been this cold.
Not so. We’ve just had more mild winters over the past couple of decades, says Pat Guinan, climatologist for University of Missouri Extension’s Commercial Agriculture Program.
“Missouri, since the early 1990s, has been spoiled,” Guinan said. “If you look at weather records that go back to the late 1800s, four out of the top five warmest winters occurred since 1990. Since 1990, only eight winters have averaged below normal, and only three were notably cold.”
Guinan says rather than experiencing a rare event, Missourians got a reality check. In the late 1970s, there were three consecutive bitterly cold winters when temperatures dropped to 20 to 30 degrees below zero over parts of Missouri.
There were also very cold winter months in the 1980s, he said. In December of 1983, a historic cold wave hit much of the eastern two-thirds of the country. Many locations in Missouri had temperatures 10-20 degrees below zero on Christmas Eve and Christmas Day. Kansas City set an all-time record low temperature of minus 23 degrees on Dec. 23, 1989. January 1982 and 1985 were also very cold, averaging 6.4 and 7.3 degrees below normal, respectively. February 1980, 1985 and 1989 were also more than 6 degrees below normal.
Since 1990, there have only been two winter months that averaged more than 6 degrees below normal: December 2000, 11.7 degrees below normal, and February 2010, 6.8 degrees below normal, Guinan said. A short-lived but intense cold wave struck the Midwest in early February 1996, but mild temperatures dominated the rest of the month.
One unusual aspect of the recent cold air outbreak was high temperatures staying at or below zero in central and northern Missouri. Based on historical climate data, that’s rare for the Show-Me State, Guinan said.
What isn’t a rare occurrence is Arctic air masses barreling through the middle part of the country, dropping temperatures well below zero.
“It doesn’t happen often, but it happens. There are many occasions where we see the Arctic Air Express go all the way to the Gulf Coast,” Guinan said.
Posted in AREA NEWS, Featured Stories