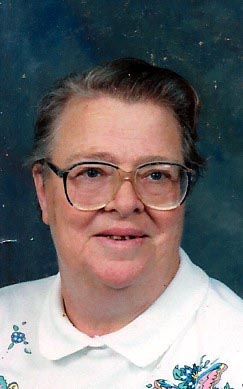 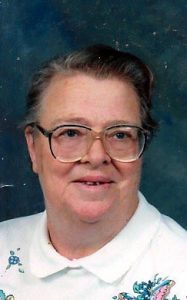 She was born August 15, 1930, in Knox County, MO, the daughter of Brady Lee and Hazel McKenzie Lindsey.

Doris was also preceded in death by her parents, one daughter Velma Wilson, one son Donald Lynn Boltz, one granddaughter Julie Anna Fountain and one sister Maxie Lindsey.

Doris lived all her married life in the Colony and Knox City communities.  She was employed with Edina Glove Factory for eighteen years and baby sat for many.  She enjoyed quilting, embroidering, fishing, gardening, country drives and spending time with her family.  Doris was a member of the Knox City Baptist Church.

Memorials may be made to the Knox City Baptist Church and may be left at or mailed to Hudson-Rimer Funeral Home, P.O. Box 1, Edina, MO 63537.