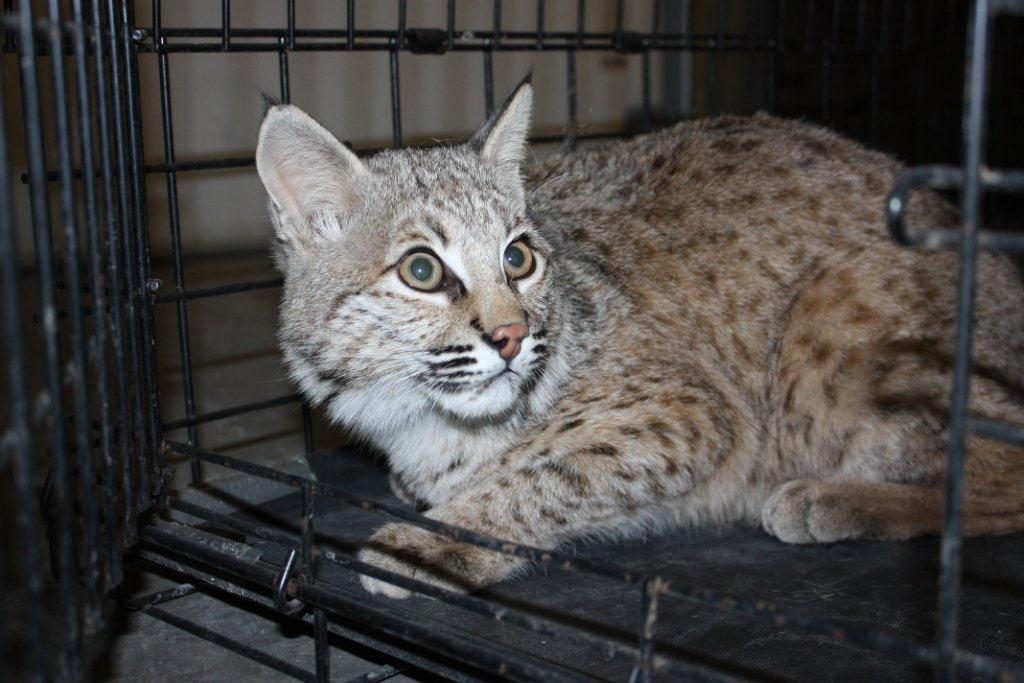 HANNIBAL – On Friday  at 8:50 a.m. while investigating a call of animal neglect an Animal Control Officer with the Hannibal Police Department observed a Bobcat in the cab of a truck parked in the 2700 block of Market Street.  The Missouri Department of Conservation was contacted and a local agent arrived to seize the animal.  The suspect believed to be responsible for harboring the Bobcat was identified and cited by the agent for possession of the wild animal without a permit.  Animal Control officers frequently receive calls concerning wild animals such as raccoons, coyotes and bats.  Occasionally they receive calls about sightings of wild cats but they have never encountered one up close.  In addition to state law Hannibal City Ordinance also prohibits possession of wild animals.