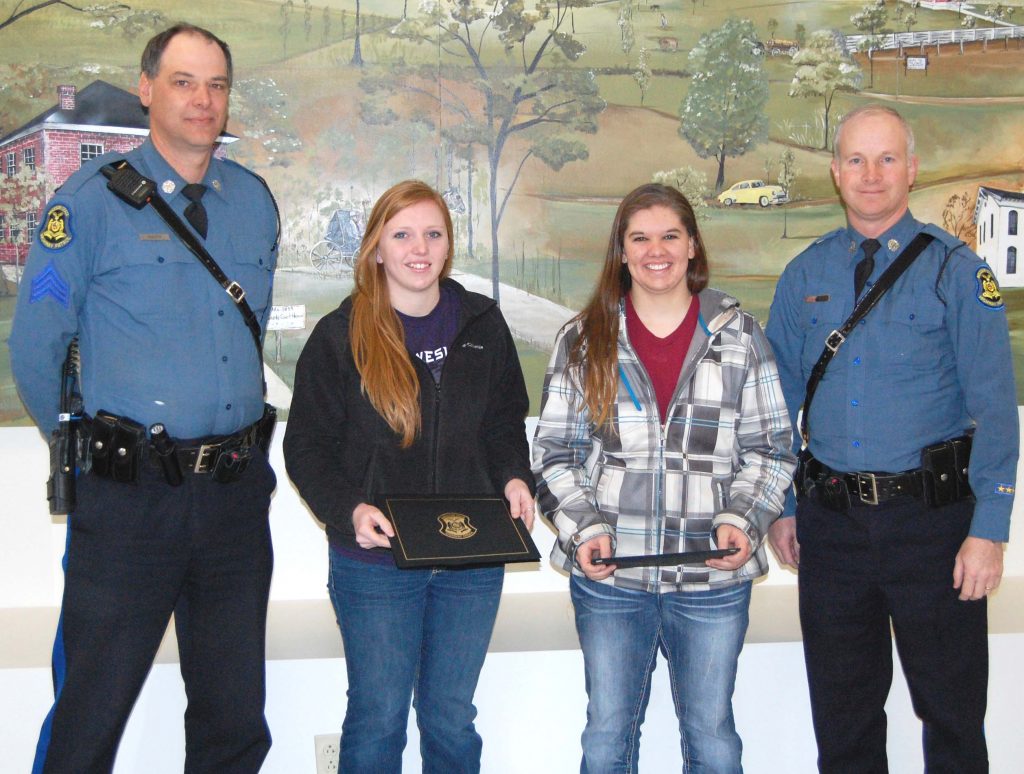 Two young women from Iowa were honored by the Missouri Highway Patrol on Wednesday, March 5, for their help last summer.

On June 30, 2013, Trooper Brian Hillyer responded to a dispatch of a suspicious person rolling around in a bean field. When he arrived at the location, he met Tiffany Barton of Montrose, and Jessica Beam of Donnellson, who had made the call. The pair informed Hillyer that the person they had seen had crawled into a row of trees before he arrived.
While backing his car off the shoulder, Hillyer spotted a vehicle in the ditch. The vehicle could not be seen from the road.
Hillyer walked to the tree line, located over 500 feet from the road, and found an elderly woman with dementia. She said that she was from St. Peters and was on her way home. She could not tell Hillyer how she had driven off the road, or how long she had been in the field.

The woman could not get on her feet due to pain in her hips, and was transported to Keokuk Area Hospital for dehydration and her mental condition.

Radio personnel from the Clark County Sheriff’s office made contact with the woman’s husband, who stated she had been gone since the previous day. 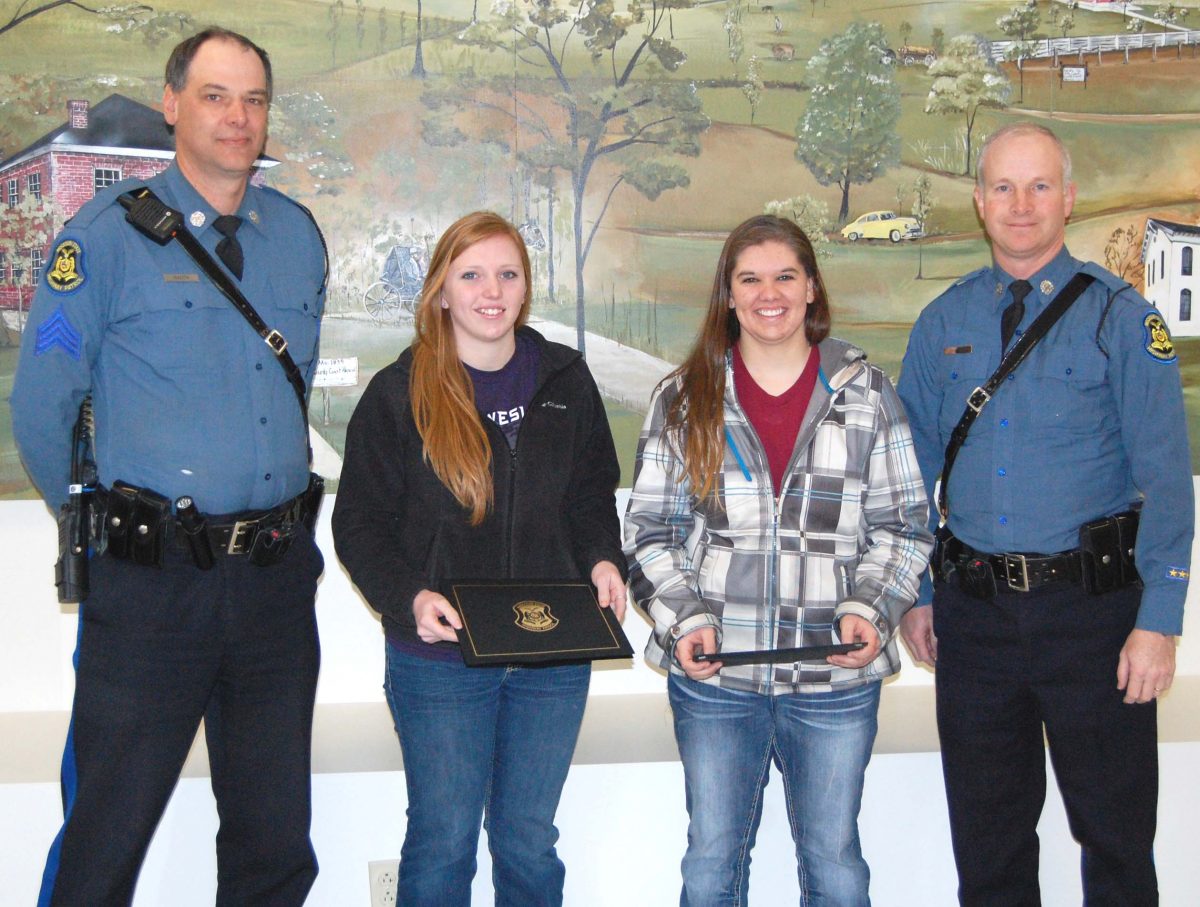 Heroes honored-Two southeast Iowa women were honored by the Missouri State Highway Patrol as Honorary Troopers, for their actions last summer.  Tiffany Barton of Montrose, and Jessica Beam of Donnellson reported a person rolling around in a bean field on June 30, 2013. An investigation by Trooper Brian Hillyer found an elderly woman suffering from dehydration and dementia. Barton and Beam’s actions likely saved the woman’s life. On Tuesday, March 5, they were presented with an Honoray Trooper award. Pictured are MSHP Sgt. Michael Kauth, Jessica Bea, Tiffany Barton and Trooper Brian Hillyer.

“I feel if they had not taken the initiative to call about the woman, the woman would have been in grave danger due to her condition and not being able to walk. If Ms. Barton and Ms. Beam had not waited for my arrival, I probably would not have found the woman and not seen the vehicle in the ditch. I feel Ms Beam and Ms Barton save the woman’s life by taking the time to stop and call in the suspicious activity when other motorists did not call in the suspicious activity,” Hillyer wrote in his nomination report.